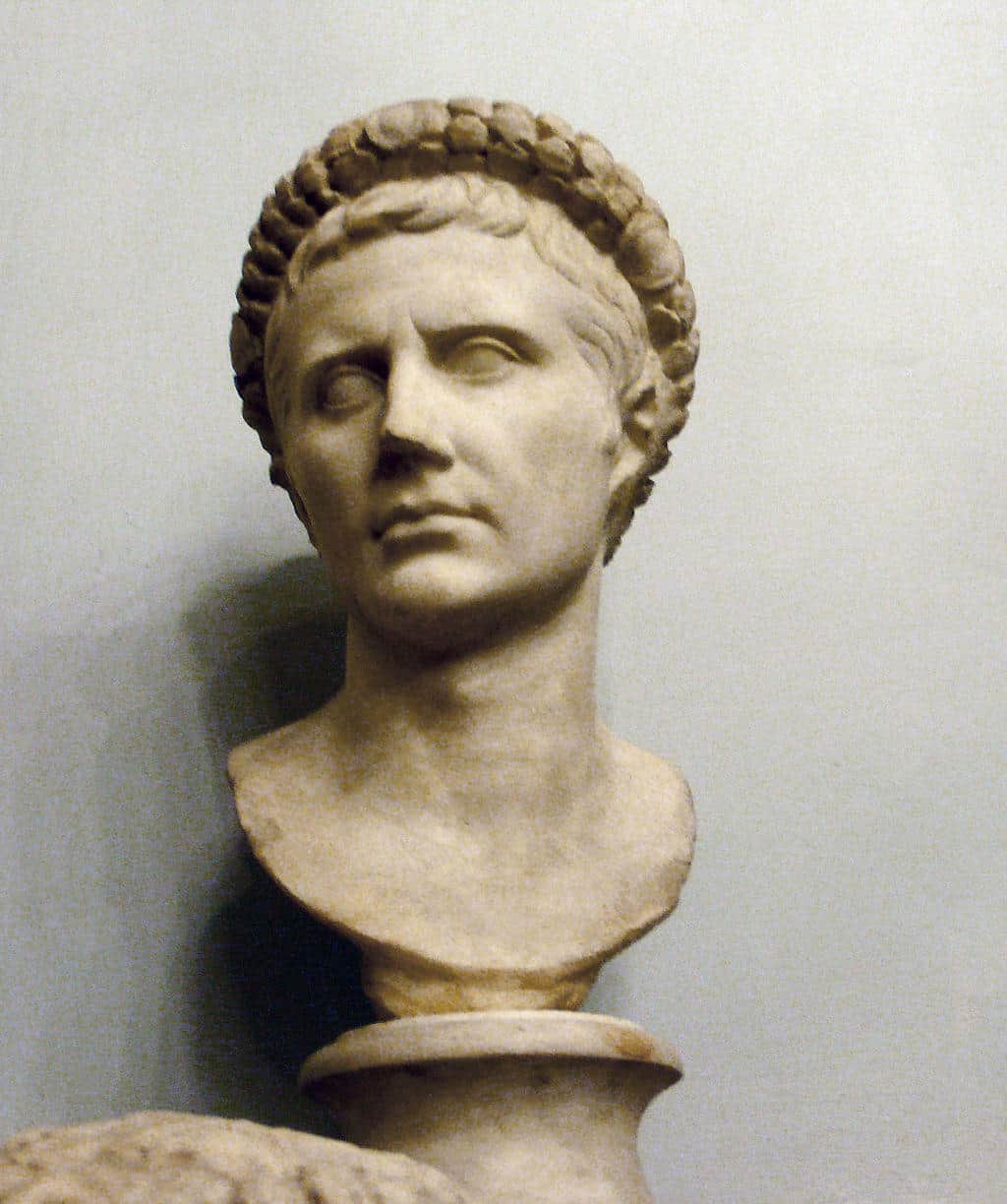 It was once unimaginable that loyalty to our Western Christian Democracies could conflict with our loyalty to God. These countries—I mean Canada and the United States—were created under the assumption that their citizens would be Christians for the most part, and that their nation would actively promote and protect Christian values. It was ‘easy’ to go off to war imagining that one was going to protect his family’s and neighbour’s freedom to live out their Christian faith. Americans Catholics seem to have had a harder time accepting the fact that things have changed since World War I and II, Korea, and even Vietnam, than Canadians have. Canadians naturally assume that Americans are far more patriotic, and that this is a weakness in their Christian discipleship: they have mixed loyalties.

Should they? We can take this in two ways (at least). The first is the less controversial interpretation of fighting the best fight we can in the culture wars. We could talk about strategy here: are we to adopt an ‘entente libertarian’ position: that though we cannot impose our views on others, neither can they impose theirs on us, and that we should therefore insist on freedom for all types of people above all.

Or, we could adopt a perspective of ‘right,’ that there are objective rights and objective wrongs and we have the duty to impose this. We can do this either from a natural law perspective or from a divine law perspective. That is to say, we can look to things like statistics to show that gay ‘marriage’ is wrong (it is unhealthy), or we can say it is wrong because the Bible says so. In either case, the only force we use in this case is the democratic process, including protest, and pacifistic civil disobedience.

Is the libertarian approach doomed to fail? It doesn’t seem to be succeeding. The second approach, the one that insists that there are objective rights and wrongs and that society must be compelled to like in accordance with them, would move us outside of the way in which we are currently conducting our culture war. Have things gotten so bad as to demand this, with widespread abortion, the legal attack on marriage, and the freedom of Christians to live and teach their faith? Are we compelled now to use force, to protect ourselves, the lives of the unborn, and the moral health of our society? If Christians have not adopted this approach yet there may be a few reasons for this:

1) Christians do not believe that any kind of violence is justified, at least insofar as it pertains to resistance to a democratic state,

2) things have not gotten bad enough to justify violence,

3) violence is not theoretically always wrong, it is simply always a less effective strategy than non-violent means,

There are just so many factors to consider if a Christian can rightly be said to be acting in good faith in turning to violence. Of course, everyone always has the right to defend themselves and other innocent people, as well as their property, against unjust aggressors. This includes the right to defend oneself against the state. Nevertheless, violence should always be the last, never the first, resort. Justice always requires a proportionate response, never more than this. There is, of course, a theoretical point when violence can be justified. The existence of unjust laws does not in itself justify violence. One may, nay, must, disobey such laws, but their mere existence on the books does not justify violent insurrection. One may speak freely the Christian message and resist attempts to stop him from doing so, of course, in proportion to the interference. Such interference does not justify violence, though; that would not be in proportion to the injustice.

The Christian Vocation and Violence

It is normal for men to wonder about how they are supposed to live out their masculinity as a Christian. Men knows that when they ‘sign on’ to marriage they sign on to protecting their wives and children. No one should ever fault a father for doing his best to ensure his family is safe. And yet, what are the moral parameters for preparing for such a thing? Is it justifiable or even necessary for him to: buy a gun, stockpile weapons and ammunition, get training for hand-to-hand combat, set up a ‘panic room’ in his house, move his family to a safer location, stockpile food, money and other supplies, lift weights or otherwise become physically fit and strong?

It is necessary to say, first of all, that just because something is or is not ‘our tradition’ does not necessarily imply its theoretical soundness or lack of soundness. For instance, one may point to the pacifism of the early Christians and say that violence and the ‘preparation for violence,’ is not our way. And yet we may contrast to that the understanding of the Medieval Christians, who believes that protection of the widow, the orphan, the poor and the weak was in itself a high Christian calling, called chivalry. It is easy to criticize the motives and actions of passed societies, but what grains of truth do they reveal? Excesses in violence do not prove that violence cannot be legitimately used, or that a martial bearing is altogether unjustified. History provides examples of the effectiveness of pacifism and also examples of its inanity. Isaiah urged King Hezekiah not to resist the Assyrian king. Yet he had had the prophetic knowledge that the king would treat them well if they did not resist him. No one today thinks that a pacifistic or otherwise obliging attitude from the Jews, the Prime Minister of England, etc., would have worked with Hitler as it had for Gandhi or later would with Martin Luther King, Jr.

Yes, a Christian man, every Christian man, has the right and the responsibility to protect the weak from unjust aggressors. All of the means outlined above are justifiable in certain circumstances, and yet one of them, the stockpiling of weapons, might actually undermine the very good that one intends to serve by so doing. Stockpiling weapons for some future possible contingency might attract more unwanted attention and interference in one’s family life than is necessary. It might simply be imprudent. Weightlifting and martial arts training are good in themselves, but one must be careful not to court trouble simply because of the fact that one is prepared to handle it.

But let’s look more closely: are such things incumbent upon the family man or the religious? I would say that one must examine his context and judge accordingly. One must not put his family in danger if it is in any way in his power to avoid it. A man who finds himself in a refugee camp in Africa is at least for a time in an unavoidably dangerous situation. But a man should not, if he can at all avoid it, keep his family in a dangerous neighborhood, city or country. If he is powerless to remove them from it, he has the duty to take precautions to protect his family, and that may include any of the above things.

Yet, am I not radically reconfiguring Christian discipleship into something else? This is not the Christianity you heard about in Sunday school. Is not Christian discipleship first about prayer, alms-giving, and fasting, not weightlifting and training in self-defense? Yes, of course it is. But let us look at how the two can, and in fact should, go hand-in-hand. What is prayer and discipline in the virtues but a strengthening of the soul? The Latin word virtus means strength. We need to reconsider our understanding of the ‘manly virtues.’ As the first thing societies neglect in times of peace is the army, so the first thing neglected in the soul in times of peace are the manly virtues. But they exist. The Cardinal Virtues are justice, temperance, fortitude and wisdom. These have always been consider as lying at the heart of Christian virtue, of course, in conjunction with the Theological Virtues, faith, hope and love. The most neglected of the Cardinal Virtues, I would say by far, is fortitude. “Why is it even in the list?” you might have found yourself saying upon occasion. Obviously, you have never had to face a grave, menacing physical or psychic evil.

For those who think about virtue in the abstract, you might have conceived of fortitude as that virtue necessary to go through hard things bravely: facing a sickness, facing criticism, taking on a hard job, anticipating waking up in the night again and again to feed a newborn. Sure, it is useful in all these things. But I would say that someone like Thomas Aquinas would actually categorize the right attitude in these situations as hope rather than fortitude. I don’t want to get too technical here, but fortitude is not primarily about keeping yourself calm as you anticipate trouble, but about dealing with trouble when it has arrived.

The fact is, the world is full of danger. The massive arsenal of the American Armed Forces has protected us from having to really come to grips with this universal fact for a long time. But the “pax Americana” is an historical aberration rather than a normal experience for Christians and other peace-loving people over the centuries. St. Bernard of Clairvaux, the great Doctor of the Church and mystic, wrote a handbook on the ‘new Christian knighthood.’ Does this strike you as an odd thing for such a person to have done? But perhaps the time has come for an updated version?

We have all heard the saying, evil triumphs when good people do nothing, and we no doubt believe it is true. But have we really thought about all the things we might possibly be called to do? I find it interesting to reflect on the fact that practically all the great theologians of the 20th century—people by whose books I have been educated—we involved in the Second World War. Many of them were priests called to serve on both sides as chaplains. Some were imprisoned. But they were all called to live out their books in a very unpleasant and extreme way. The life of good people is supposed to be one lived out in quiet contemplation, but duty sometimes calls us away from this for a time.