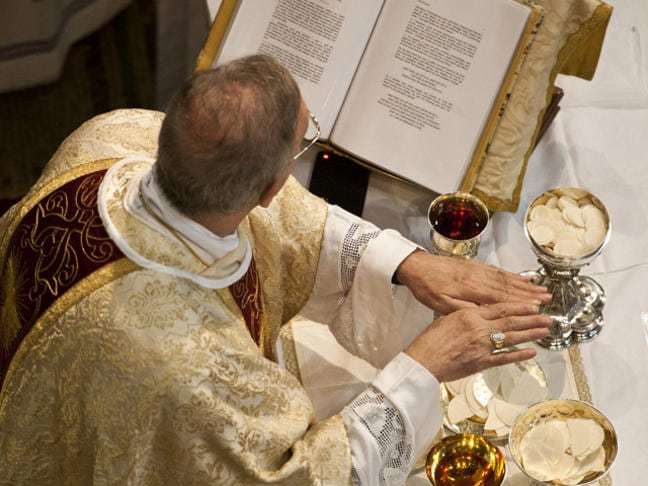 Be a part of our family as “the family that prays together stays together.”

The Knights spend two hours each day in adoration. In addition, we offer rosaries, fasting, and holy masses for these intentions. Candles are also often lit in front of the statues of Our Lady and St. Joseph as your intentions remain in our chapel as we gather daily in prayer.

Levis is ill with Covid pneumonia..

For a fallen away daughter

Please pray for Katherine that she may be healed and reconciled to her family. Pray that she return to God and to His church.

For my employer and co workers

Prayers for deceased relatives and friends

For the repose of the souls of Joseph Manfredi, Eric Drummond, Marge Bumpus, Mildred and Antone Woyak, Anna Manfredi and all my ancestors

Thank you for all your prayers for (Beatrice) my wife. She had a job interview yesterday and we think it went well. She should hear something by next week. We’re praying that she gets this job. I’m also asking the lord, in his mercy to remove the Arthritis from her back.
Thank you. Gregory

This prayer is read on EWTN by Mother Angelica and is called called “A Moment of Adoration” . Could I have a copy please?

Also could I have a copy of the current prayer read after the rosary on EWTN at 8:00 am? It is taken from “A Letter to the Holy Order” 1225-1226 by St Francis of Assisi? Thank you.

PRAY FOR LLOYD//SHARON’S HEART/LUNGS; THANK GOD AND FOR YOUR PRAYERS FOR SO MANY HEALTH IMPROVEMENTS.THIS PRAYER IS TENACIOUSLY STATIONARY: BR.LARRY/IRENE & SR. VIOLET/ DON STILL REMAIN ESTRANGED FOR MONTHS FROM BR.LLOYD; LARRY ENDED RELATIONS WITH LLOYD SO THAT HE WILL NOT SHARE MOM’S WILL WITH LLOYD EVEN A SLICE; PRAY THAT GOD WILL REPROOF //CORRECT LARRY TO CHANGE. PRAY FOR AGENCIES HANDLING LATE OLGA GOLDING’S WILL TO LLOYD/SHARON EXPEDITE THE WORK/PROCESS ASAP ; OUR MONIES COULD BE CLOSE TO 20,00O DOLLARS; IRONICALLY A FRIEND OF OURS BEQUEATHED MONEY TO US YET A BROTHER{LARRY} WILL NOT SHARE A DIME. AMEN.

For peace of mind

Please pray for my dad who is battling stage 4 liver cancer. For peace of mind as his body slows down, may his faith be enriched during this time no matter if he’s healed or not. May his heart trust in God’s plan.

Healing for disabled daughter who suffered abuse at The hands of many.
Conversion for son and husband.
Healing prayers for Father who is grief stricken by loss of wife whom he loved dearly.
Thank you and God bless you

Pray that Jesus will forgive them their sins, extend His Divine Mercy to them and that they may join Him in Paradise.

I need your prayers to pass my bar exam. I wrote the exam few days ago and I feel that I did not do well enough to pass it. I really need a miracle to pass the exam and go on with my life. Blessings!

For deliverance from any potential trouble.

Please pray that God protects me and vindicates me from any potential trouble, and the people who may potentially cause trouble find forgiveness and peace with me.

For my daughter Hayley Francesca and her father Claudio

Please pray for my daughter that she will become a mother and my husband who has been fighting cancer, may they both be well, happy & content.

Pray for Patricia June Aragon who under went a liver transplant last year and is still hospitalized in another state. Also pray for Orlando Romero who suffered a stroke

I need a miracle

I would like to receive prayer for a very great miracle just for me that will completely work my favor.

I am telling you right now: my life is an absolute hell spiritually. Things go wrong over and over again. However,

1) I have done nothing wrong. It is only a *pigsty* of a human being that would come and *torture* someone without knowing their story or their reasons. Such *slime* of a human being that would torture someone on presumptions without knowing what they did should then see what I did “wrong” (in quotations) and then have to go through my plight. And man, should you see my plight.

2) I have been raised Roman Catholic. *Therefore*, I do not believe in Karma or Reincarnation – *period.* This is *non-negotiable* and karma therefore means nothing to me. It is only a *pigsty* of a being again that would force bad karma on someone who doesn’t believe in it.

4) I have prayed to St. Michael over and over and have received no help.

5) A possibility is a curse from Justin Marsh of Northampton Massachusetts. This is someone suspicious to me who finds evil in sports and food and drink – and basically nothing else.

7) Also, there is Ausra Augusta – the inventor of socionics. She was not a good person, and everything became worse when I studied her theory.

© 2021 Knights of the Holy Eucharist. All Rights Reserved.
MESSAGE