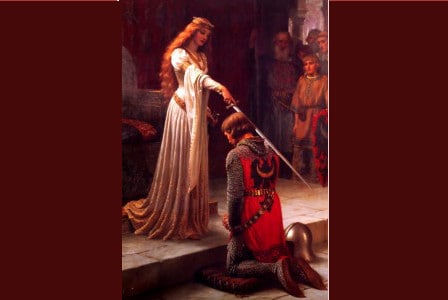 The Modern Knights’ Code of Chivalry

The 17 primary codes of conduct pertaining to modern-day knights

This code of chivalry will focus on finding the keys to the future that are found in the past. St. Francis of Assisi was formed in his youth as a military knight. Then after his encounter with Jesus Christ, he reformed his knighthood in the Lord. He turned it into one of a spiritual knighthood under his heavenly sovereign. In the Dark Ages of the eighth century, through the culture of the Middle Ages into the life and times of St. Francis (1182-1226). During this period of history in which St. Francis lived many Military Orders of Knights were formed. Some of them were:

St. Francis was born in the spring of 1182 into nobility the son of Peter Bernardone and Lady (Pica) Domina (Donna). His mother descended from gentle nobility and his father was a wholesale cloth merchant. Francis was baptized while his father was away and given by his mother the name John Baptist. Upon his return, Francis’s father renamed him Francesco from his fond memory of “gentle France” where he had a profitable business. His early years were ones in which his mother gave him instruction due to his father being away on business. His elementary education came from the priests of St. George. Francis grew up happy and full of fun. He was seen by all as a much-pampered and luxury-loving young gentleman.

Frederick Barbarossa the Emperor and Lucius III the Pope had dominated the world in which Francis was born. This was also the time of the crusades. His father wanted Francis to join him in his business endeavors, which in turn would cement his place in the feudal nobility and knightly estate. A knight came from both nobility and wealth. Due to the cost of equipping, a knight with men and horses was so expensive that only the wealth of nobility and commerce could sustain it.

Many battles between feuding towns for control of commerce raged while Francis was in his teenage years. In 1202, the twenty-year-old knight Francis was captured in the battle between Collestrada and Ponte San Giovannis that is on the road to Assisi. He was taken to Perugia and imprisoned with the common soldiers. Over the next two years, Francis was among many prisoners who became sick. It was during this time that Francis reflected on his life and he developed a deep spiritual change.

In the year 1205, St. Francis received two apparitions while in a half sleep. He had intended to return to his former position as a knight and find fame and glory. The apparitions he received became clear to him that his knighthood would be different from before. His knighthood was to be for God and His church. His master would be “Supreme Liege Lord,” or “Most High Emperor of heaven,” and he would be “servant” or “human liege man,” that is “feudal vassal.” Now filled with a holy enthusiasm Francis surrendered completely to the divine will. He returned to his native Assisi and removed his earthly armor and weapons and put on the armor and spiritual weapons of Christ in defense of Christ’s church.

According to Thomas of Celano, it was a matter of honor for St. Francis to put his hands to deeds of valor. In all circumstances, he would prove himself as the most valiant knight of God. He was the captain of the new militia of Christ. On one occasion he was near the town of Rieti when he came upon a knight from the family of Tancredi. As he gazed eye to eye with the knight sitting upon his steed he knew all about the pride of wearing full shining armor ready for battle. “Sir Knight,” St. Francis said. “Armor, sword, and spurs are empty glamor. Would you like to wear a coarse rope instead of a girdle, the cross of Christ, instead of the sword, and the dust and dirt of the road instead of spurs follow me. I shall make you a knight of Christ.” This was the conversion of Brother Angelus Tancredi.

In his time one of the weakest and most vulnerable members of society were the lepers. These poor souls suffered from a disease that literally rotted the flesh off their bones. As a young knight of the realm before his conversion, St. Francis did everything he could to avoid going near that part of Assisi. After his conversion St. Francis physically embraced them and gave them dignity, by expressing his Christian love for them. The clothes given these lepers were a grey habit with a hood and a cord to warn people that they were in the vicinity, of a leper. St. Francis is said to have modeled the garb of his followers after a leper’s garb. The Franciscan’s were to be as lepers. In the world, but not of the world.

During the time of St. Francis, knights the Church exacted a vow from the combatants to use their weapons chiefly for the protection of women and their virtue, especially widows and orphans. St. Francis lived by this code of conduct during his time as a knight of the realm. With his new heavenly knighthood, he incorporated it into a spiritual protection from immoral acts against defenseless women and orphans. To this end, he gave food from his own want to fill their temporary hunger.

St. Francis was traveling to San Domiano by way of the Umbrian plain to repair the church, which was in disrepair. He was wearing a simple poor man’s garment given him by Count Frederico Spadalunga. When he reached the church, he was greeted on the steps, by Father Do Pietro who gave a critical look at the young pilgrim. He wished that Francis would wear a religious garb. Francis was reluctant at first since he was neither a cleric or a monk. Not wishing to give offense Francis drew upon the acts of chivalry. He prepared a hermit’s garb for himself consisting of a long garment with a leather girdle, shoes, and a staff. He wore these for the next two years.

Chivalry can be classified into three basic but overlapping areas:

These areas overlap quite frequently and are often indistinguishable from one another. One similarity is honor, the foundational and guiding principle of chivalry; thus, for the Knight, honor is one guide of action.

To fear God and maintain His Church

To serve the liege lord in valor and faith

To protect the weak and defenseless

To give help to widows and orphans

To refrain from the wanton giving of offense

To live by honor and for glory 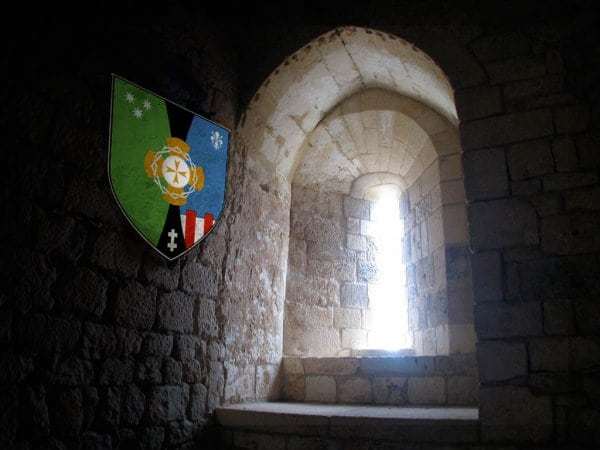 To fight for the welfare of all

To obey those placed in authority

To guard the honor of fellow Knights

To shun unfairness, meanness, and deceit 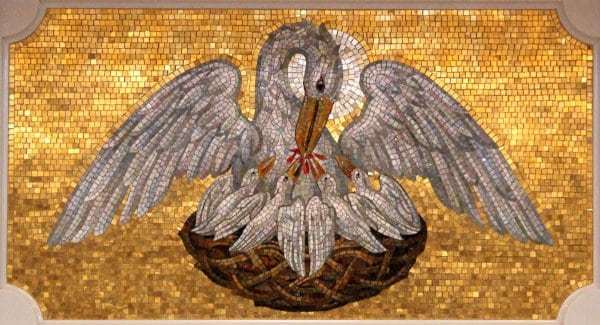 At all times to speak the truth

To persevere to the end in any enterprise begun

To respect the honor of women

Never to refuse a challenge from an equal

Never to turn the back upon a foe

“For the Bread of God is that which comes down from Heaven and gives life to the world.” John 6:33