Three Knots That Our Lady Helps Us Keep Tied 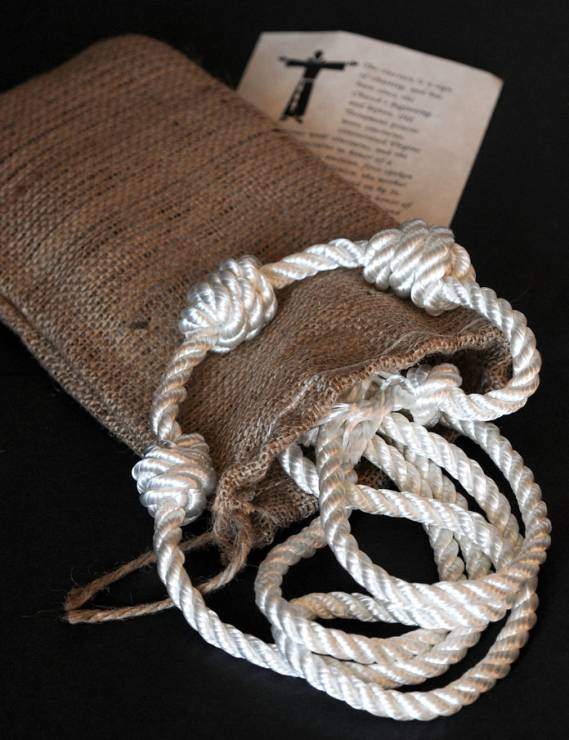 The Cincture, or White Cord, is a sign of chastity, and has been since the Church’s beginning — and before. Old Testament priests wore cinctures, Consecrated Virgins and religious wear cinctures, and the wearing of cinctures in honor of a particular saint is ancient, first spoken of in the life of St. Monica, the mother of St. Augustine, and carried on by St. Dominic, who wore the cincture in honor of St. Francis of Assisi.

Certain Confraternities and Archconfraternities (groups of faithful to a religious cause) also wear cinctures as signs of their affiliation and chastity. Franciscans wear a White Cincture called a ‘Cintura Bianca’ (pronounced Chin-Torah-Bee-Anka) which translated means ‘White Rope.’ The three knots on the Franciscan Cincture represent poverty, chastity and obedience, the three conerstones of the Franciscan Order.

These are three knots that Our Lady helps us keep tied!

“St. Dominic once asked St. Francis of Assisi for his White Cord he wore over his tunic. Dominic, the Founder of the Dominican Order, wore this White Cord under his habit for the remainder of his life in honor of St. Francis, whom he so greatly admired and respected. This White Cord can be worn inside trousers or under a dress without anyone having knowledge that you are doing so.