Easter Prayer: The Via Lucis – The Stations of the Resurrection 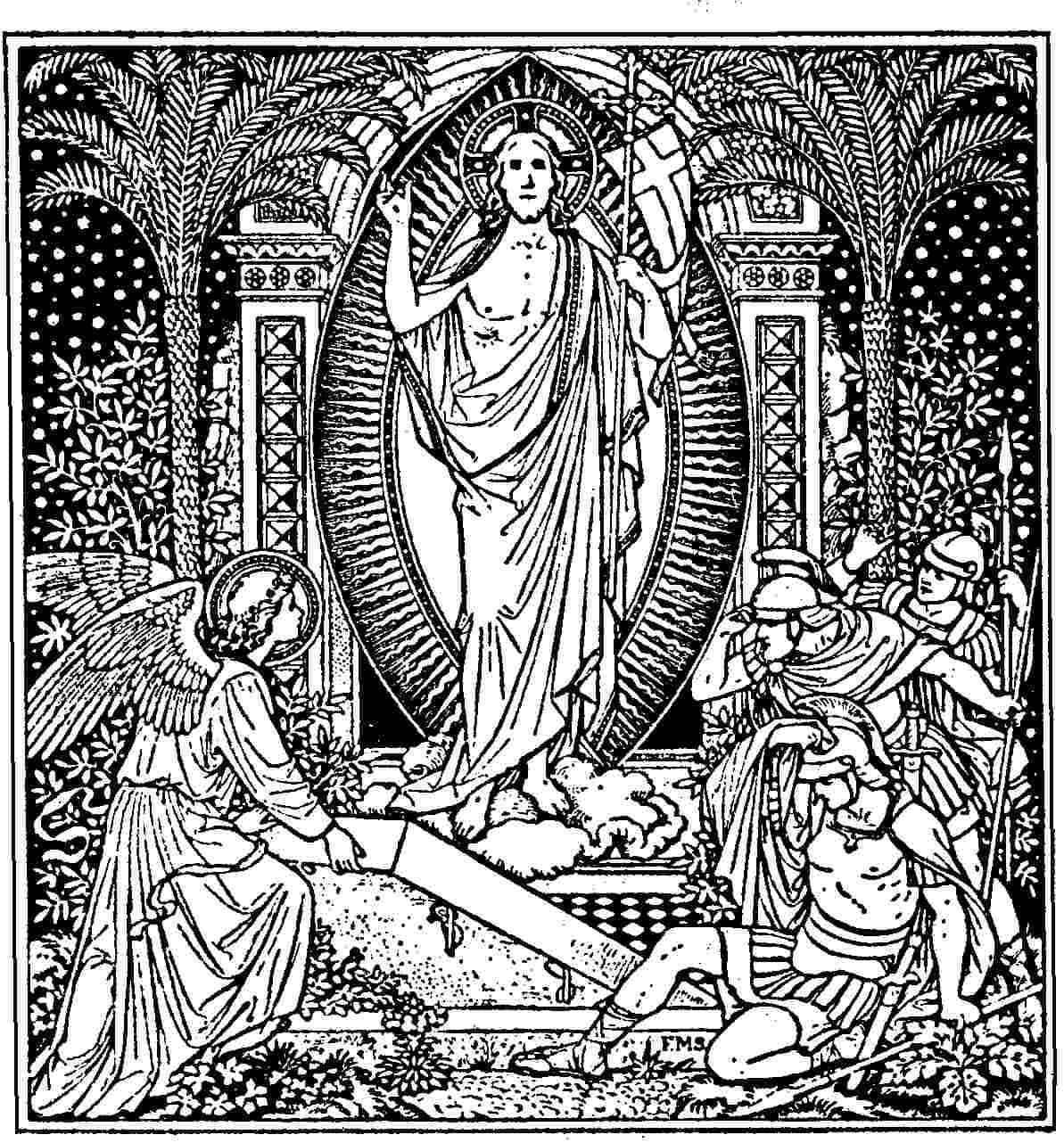 On Easter Sunday and throughout the Easter season, we celebrate the glorious Resurrection of Jesus Christ, our Lord and Savior. Christ is risen, alleluia! Good Friday has passed, and we exult in the empty tomb of Our Lord! Our Savior lives! Alleluia! After reliving the events of the Triduum, beginning with the Last Supper in the Upper Room (the institution of the Holy Eucharist and the institution of the priesthood), we celebrate the Resurrection–and not just for a day, but for 50 days.

The Gospel of Luke gives us this account of Easter Sunday morning:

“But on the first day of the week, at early dawn, they went to the tomb, taking the spices which they had prepared. And they found the stone rolled away from the tomb, but when they went in they did not find the body. While they were perplexed about this, behold, two men stood by them in dazzling apparel; and as they were frightened and bowed their faces to the ground, the men said to them, ‘Why do you seek the living among the dead? He is not here, but has risen. Remember how he told you, while he was still in Galilee, that the Son of man must be delivered into the hands of sinful men, and be crucified, and on the third day rise.’ And they remembered his words, and returning from the tomb they told all this to the eleven and to all the rest. Now it was Mary Mag′dalene and Jo-an′na and Mary the mother of James and the other women with them who told this to the apostles; but these words seemed to them an idle tale, and they did not believe them. But Peter rose and ran to the tomb; stooping and looking in, he saw the linen cloths by themselves; and he went home wondering at what had happened” (Luke 24:1-12).

Later that day, Luke recounts, the Risen Lord appeared to His disciples (Luke 24:36-49).

“Do not abandon yourselves to despair. We are an Easter people and ‘alleluia’ is our song!” (Pope St. John Paul II).

In the Catechism of the Catholic Church we read:

“The Resurrection of Jesus is the crowning truth of our faith in Christ, a faith believed and lived as the central truth by the first Christian community; handed on as fundamental by Tradition; established by the documents of the New Testament; and preached as an essential part of the Paschal mystery along with the cross:

‘Christ is risen from the dead!
Dying, he conquered death;
To the dead, he has given life.’

“The mystery of Christ’s resurrection is a real event, with manifestations that were historically verified, as the New Testament bears witness. In about A.D. 56 St. Paul could already write to the Corinthians: ‘I delivered to you as of first importance what I also received, that Christ died for our sins in accordance with the scriptures, and that he was buried, that he was raised on the third day in accordance with the scriptures, and that he appeared to Cephas, then to the Twelve…’ (1 Cor. 15:3-4). The Apostle speaks here of the living tradition of the Resurrection which he had learned after his conversion at the gates of Damascus” (paragraphs 638 and 639).

To observe this “feast of feasts,” we can pray a special Easter prayer, the Via Lucis, the Way of Light, also known as the Stations of the Resurrection.

The Directory of Popular Piety and the Liturgy tells us: A pious exercise called the Via Lucis has developed and spread to many regions in recent years.

Following the model of the Via Crucis [the Way of the Cross], the faithful process while meditating on the various appearances of Jesus—from his Resurrection to his Ascension—in which he showed his glory to the disciples who awaited the coming of the Holy Spirit (cf. John 14:26; 16:13-15; Lk. 24:49), strengthened their faith, brought to completion his teaching on the Kingdom, and more closely defined the sacramental and hierarchical structure of the Church.

You can pray this Easter prayer as given in the Directory alone or with others by reading the Scripture passage for each Station and then meditating on the event.

The Via Lucis (Way of Light) – The Stations of the Resurrection

14. The Risen Lord Sends the Holy Spirit Promised to the Disciples (Acts 2:1-13)