How Religious Orders Set an Example for Small Community Life 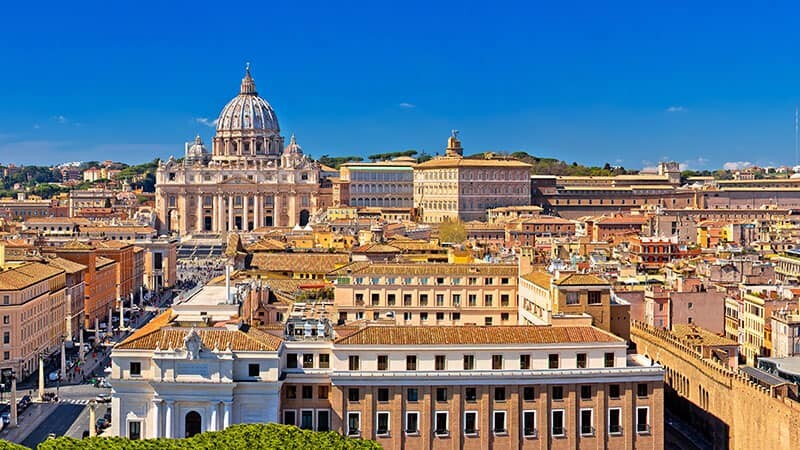 If Catholic culture is to survive in our increasingly global and secular society, we Catholics have to unite and form our own little societies. This is how Christendom grew and sustained itself before today’s global socio-economic and political system became one daunting leviathan. For about 1500 years, before the dawn of the modern world, the truth of Christ united Christendom, but that truth expressed itself differently in every village, city, and kingdom.

In 1997, Joseph Cardinal Ratzinger said, “Maybe we are facing a new and different kind of epoch in the Church’s history, where Christianity will again be characterized more by the mustard seed, where it will exist in small, seemingly insignificant groups that nonetheless live an intense struggle against evil and bring good into the world—that let God in” (Salt of the Earth, Ignatius Press).

A year later, in 1998, the Knights of the Holy Eucharist, an order of Franciscan Brothers, was founded in Alabama by the late Mother Angelica. The notion that religious orders could very well be among the “small, seemingly insignificant groups” Cardinal Ratzinger was talking about was not and is not lost on these brothers. Their website states: “As men living a consecrated life in community, professing the vows of poverty, chastity, and obedience, we pray that through the example of our life and distinctive habit, others will see beyond this earthly existence and strive for holiness.”

More than a century before the Knights were founded, in 1891 Pope Leo XIII wrote his encyclical Rerum Novarum as he noticed new ideologies, or “new things,” taking over the common life that the common man had enjoyed for centuries. He said, “The ancient workingmen’s guilds were abolished in the last century, and no other protective organization took their place” (RN, 3).

An attempt at a new protective system, socialism, Pope Leo predicted, “would rob the lawful possessor, distort the functions of the State, and create utter confusion in the community” (RN, 4). His suspicions were accurate. Since Rerum Novarum’s publication, socialist ideas have influenced every part of society: education, media, politics, religion. Also, unbridled capitalism has put the means of production in the hands of large corporations, taking those means from individuals and small communities. In most cases, wherever some form of government doesn’t control our lifestyle, some big business does. Meanwhile, the common man is left feeling powerless.

At the turn of the century, literary giants such as G.K. Chesterton and Hillaire Belloc heralded a socio-economic and political creed called distributism, as they also anticipated the ideological takeover of the workingman’s life that Pope Leo XIII spoke of in Rerum Novarum. Distributism encourages smaller communities that could sustain themselves, while working with other small communities—rather than big government or big business—to build a robust, interdependent and local trade network. The distributist system is one where communities distribute wealth naturally among themselves. It is not redistribution, where larger entities receive the production and services of smaller entities, and then distribute them the way they see fit.

Distributism hearkens back to the guild system of the Middle Ages. It is based on Pope Leo XIII’s concept of subsidiarity, which was re-confirmed by Pope Pius XI in Quadragesimo Anno (1931) and by Pope John Paul II in Centesimus Annus (1991). When coupled with solidarity, distributism is at the heart of Catholic Social Teaching. Properly understood, distributism is God’s natural graces distributed among local communities, as he gives to each according to its need. God is the one doing the distributing. He is the distributor. Christ said in his Sermon on the Mount:

Therefore I tell you, do not be anxious about your life, what you shall eat or what you shall drink, nor about your body, what you shall put on. Is not life more than food, and the body more than clothing? Look at the birds of the air: they neither sow nor reap nor gather into barns, and yet your heavenly Father feeds them. Are you not of more value than they? … But if God so clothes the grass of the field, which today is alive and tomorrow is thrown into the oven, will he not much more clothe you, O men of little faith? Therefore do not be anxious, saying, ‘What shall we eat?’ or ‘What shall we drink?’ or ‘What shall we wear?’ For the Gentiles seek all these things; and your heavenly Father knows that you need them all. But seek first his kingdom and his righteousness, and all these things shall be yours as well. (Matt. 25, 30-33).

Distributism is just a fancy word for decentralization. Decentralization is just a fancy word for the way the world functioned before it became a global system, when every community was relatively self sufficient because it had no other choice. Since the global trade network was not elaborate enough yet to support them, small communities had to support themselves. Food didn’t keep well on long journeys. The risk of traveling far was too high. Guilds for each trade were enough to support a resilient little society.

At the dawn of the modern age, and the global network that came with it, the appeal of having interdependent support from faraway nations was too strong to resist for many small communities. Those that struggled to survive seemed to have hope for a better tomorrow, but the global trade network just led to the conquest of small communities. Now that we see the damage a global network can do, we can confidently return to the guild system of yesteryear in order to build a better tomorrow, and let the global system simply augment already formidable local societies.

Small cities at the height of the Industrial Revolution did this with coal mines or some other booming industry. Environmentalists scoff at that legacy, saying those cities damaged the environment. But those cities in the Appalachian Valley and the boomtowns of the western frontier sustained themselves. They were able to produce enough of something the world needed to build an independent lifestyle. We need to find ways to get back to that, to break free of the globalist society that is strangling self-sufficient communities, so we no longer have to go along with the lies that big business, government, and media tell us.

The example of religious and lay communities

Small religious communities around the country and the world have shown the way for centuries. Cistercian monks in New York make bread to sustain their community. The Carmelite monks in Wyoming brew coffee to help sustain theirs. Communities like the Knights of the Holy Eucharist are trying to sustain themselves as well through various forms of media, much like their foundress, Mother Angelica did through EWTN. On their website, the Knights have several video series on different spiritual exercises and teaching of the Faith, such as:

They also have a library of traditional prayers you can download, a blog, and articles to help spread the Faith.

Various planned lay Catholic communities have popped up in recent years as well. They seem to receive their inspiration from the life of intentional religious communities. Veritatis Splendor in the Diocese of Tyler, Texas, for example, seeks to provide a “physical and spiritual home for Christians to protect, preserve, and proclaim all of the chief truths and teachings of Christendom.” Similarly, Ave Maria is already a booming family-oriented community in southwest Florida built around a Catholic university and oratory.

The design and mission of Veritatis Splendor and Ave Maria are akin to the lifestyle of traditional religious orders, but for lay people. Without a common Catholic lifestyle, such as that which is established in a rule of a religious order, these new communities can run the risk of slowly becoming just an oasis for families. This can be good, but the community can start to lose sight of its original Catholic impetus. This has happened to so many communities that started out Catholic, especially those with a Catholic university.

Orders like the Knights have been living in intentional communities for years, and the life of a community like Veritatis Splendor—even if it is meant mainly for laypeople—will thrive if it is also founded on a religious lifestyle—not just a religious identity—and if it remains authentically Catholic.

Orders like the Knights show the way in that regard. If you would like to donate to their cause, visit their donation page here.

Kilby is a freelance writer from New Jersey and managing editor of Catholic World Report.