God the Father, Model of Fatherhood

If we look at God specifically as Father, we can learn a lot about how He is the ultimate Father. He creates things purely out of love for His people. All of the beauty of nature is fundamentally utilized to draw God’s most cherished creature, the human being, back to Himself. Go outside and look at the beauty of God’s creation and reflect on the fact that God created all of these marvels out of love for you as an individual. I’m certain that this exercise will have you contemplating God in no time. This is what a good Father does. He draws His children back to Himself. Now, let’s look at fatherhood in general and its connection to God the Father.

Fatherhood should ultimately be modeled off of God the Father. It seems as if the Father sometimes gets pushed to the side. He should definitely be more of a focal point. What better day to reflect on God the Father than on Father’s Day?

In my experience being a son, knowing that your father has your back is monumental. It brings confidence to one’s children. Talking to one of my brothers about this a couple of weeks ago, I told him, “When your father has your back it feels like you can run through a brick wall.” As human beings, but as men in particular, we can project our own father onto God the Father. We can fall into this trap of thinking that the Father will only love us if we pray more or jump into this or the other thing. I want to be clear, prayer is a wonderful thing and we should be praying. For many of us there has to be a change of mindset from one of deprivation toward one of security.

Part of this security comes from knowing that God the Father loves us by drawing us into His family (CCC #1). We are created as good, and God the Father does not want us to do anything evil, primarily because it is not good for us. Sin damages us both spiritually and physically. But as we all know, there is a remedy for sin that was issued forth by God the Father, and this is Jesus Himself.

As Catholics, we are called to be imitators of Christ. Jesus relied on the Father heavily to the point where He said, “All things have been delivered to me by my Father” (Lk 10:22). If we as followers of Christ want to know him, one of the ways that we can come to have a deeper appreciation for God the Father is by reflecting on what the perfect father would be. Then you can reflect on positive experiences you have had with your father, and realize that God the Father is in fact the perfect Father and the model for what it means to be a father. The Father loves His children, and we need to realize that we are in fact children of the Father. Let’s go into some practical ways of doing just that.

The most straightforward way of doing this is going to Eucharistic Adoration, allowing yourself the space necessary to be loved by Jesus, and asking Him to take you to the Father. He most certainly will. It’s also easy for us as Catholics to experience the love of the Father and then to let that experience remain at the level of a passing warm fuzzy feeling and leave it at that. No, this confidence that we should have in the Father’s love should be at the core of our very existence. God knows what is best for you. He’s not a dictator that’s waiting for you to slip up, but He puts boundaries in place to protect us just as any father would want to protect his children.

God the Father chose to send His Son in order to show humanity the Father’s love. The Catechism of the Catholic Church emphasizes this point quite well.

God who dwells in “unapproachable light” wants to communicate his own divine life to the men he freely created, in order to adopt them as his sons in his only begotten Son (1Tim 6:16 cf. Eph 1:4-5). By revealing himself God wishes to make them capable of responding to him, and of knowing him, and of loving him far beyond their own natural capacity. (CCC #52)

God the Father reveals Himself in and through His love for His creatures. Our Christian life needs to stem from the fact that we are children of the Father. This love is ultimately manifested In the Most Holy Eucharist, where Jesus waits for people to come and adore Him. We must also remember that Jesus is in the Father and the Father is in Him (Jn. 14:11) and we are also called to that same level of intimacy with the Father, and this intimacy will only come in and through Jesus.

One of the more essential ways that God reveals His love for His children, is through His concern for them, and modeling things that should be done. We should always be in communion with Jesus, and the primary example that Jesus provided for the Church in regards to being in union with the Father, is being men of prayer. St. John Paul II modeled his own prayer life from seeing his own father at prayer. One night the young Karol Wojtyla was up in the middle of the night and saw his father kneeling by his bed. The future John Paul II has said that seeing his father at prayer was one of the contributing factors toward being dedicated to prayer. St. John Paul II had a deep love of prayer because he saw that his father also had a deep love for prayer. Actions do speak louder than words.

The final aspect of imitating the Father and living in love of the Father, is intentionally entering into rest. I know that a lot of fathers and people in general can fall into workaholism. There’s a constant pressure to keep on producing because if I don’t produce that means I essentially fail. Now, bringing in a paycheck and providing for your family and making sure you’re doing what needs to be done at work is important. One of the ways that God modeled fatherhood was in the way He rests: “By the seventh day God had finished the work he had been doing; so on the seventh day he rested from all his work.”(Gen 2:2-3). This is for all fathers. Your work will always be there, but your kids won’t always be there. Imitate God the Father and rest when it’s time to rest. Do things that give you energy when taking a day of rest (ie: turn off your phone and live).

Let’s take time to honor the Father of all fathers and live as faithful children of our loving Father.

The article was written by: Br. Athanasius Mary of the Knights of the Holy Eucharist 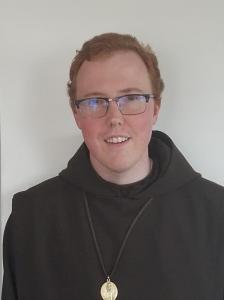