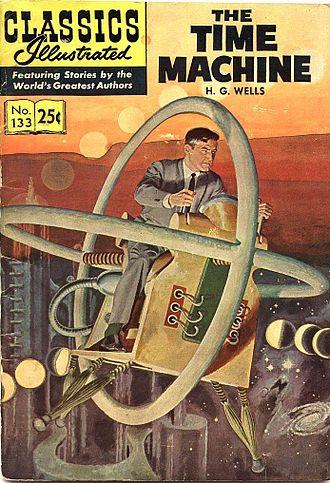 The great thing about the H. G. Wells book, The Time Machine, is how effectively it demonstrates the fact that life never stands still, that it cannot be controlled, that it is always changing. How is that a good thing? Some have the very unhealthy tendency to want to keep things just the way they are, or even have them develop along the lines of their own particular limited judgment. It’s not unhealthy in the sense that it indicates a psychological abnormality; quite the contrary. It is morally unhealthy because it is based upon fear and it is an attempted usurpation of God’s authority.

In the novel we discover that human evolution keeps changing. It does not ‘progress,’ it changes based upon the environment in which humanity finds itself. In other words, the idea that we are moving towards some better sphere of existence (without God, because of human reason and ingenuity) is quixotic to the extreme. This idea is often referred to as Social Darwinism, and is made famous by the utopian vision of Gene Roddenberry’s Star Trek.

In his vision of the future there will no more poverty, illness, bigotry, or moral scruples, and children will learn calculus at 8 years of age and will be quite happy and well-adjusted living within a morally relativistic culture. Catholics, one and all, I hope, see how impossible such a fantasy is, not just because we are committed to the doctrine of original sin, but based upon what our eyes tell us: life has not gotten morally better as our affluence has grown and as the threats of many insidious diseases has declined. Lives have gotten longer, but they have not gotten any better, have they?

But this isn’t the point I want to make here. Rather, I want to speak about the fluidity of our existence. Life changes because circumstances change. They only get better when and if we listen to God. Otherwise, they can get worse. The most popular view of the idea of conversion can make look like it inevitably moves forward for someone who ‘is religious.’ I would say that only for a finite number of us is conversion a one-shot deal. I think we need to reinforce the fact that conversion is a life-long process, one accompanied by many infelicitous detours. This is the reality of confession. This is the reality of our Lent-Easter Cycle, the cycle of death and rebirth.

Most of what happens in life is out of our hands. It should be, because in our hands things go badly. The order intrinsic to family life and to religious life are of their very nature dynamic. They contain the same wonderful madness of a snowstorm or of a meteor shower. But order is not an ultimate good. A certain amount is required for peace of mind, and there should be no begrudging of this. Yet how fragile are we when we have boxed providence in to coincide with either our comfort, the threshold of our bravery, or an ungodly idea of propriety. 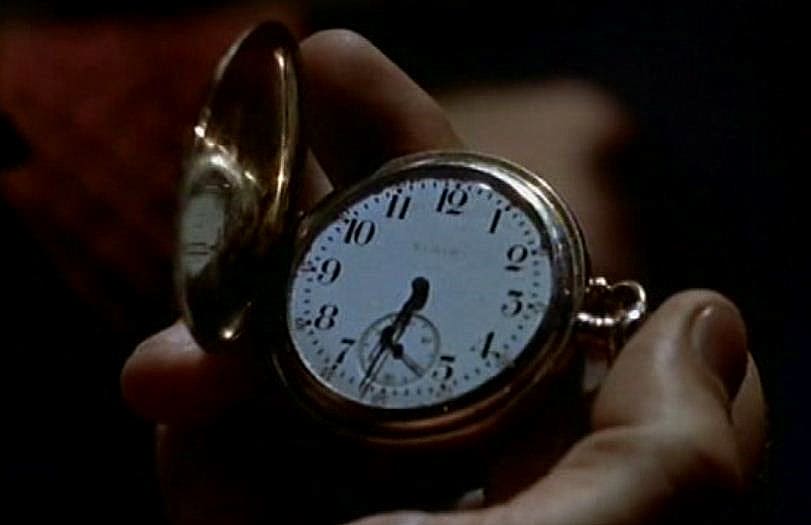 Looking back on your life, when were the times that you and God were closest, when furthest apart? I think that if you examined these moments closely apartness and closeness would not necessarily line up with harmful and beneficial. The fact is, shaping is the time of greatest ‘invasiveness’ for the clay. It is when the fingers of the potter are pressed most firmly into it. Good and evil are psychologically and physically very close, though morally they are worlds apart. When God touches, the evil is stirred up. Picture a scuba diver examining something buried in the sediments that have piled up over time. He waved his hand over it to try and uncover what is lying there. For a moment nothing can be seen through the cloud of particles that have exploded up. But in this case you are the diver and God the treasure, lying buried in your soul. If you stop now, you will swim away having only seen the murk. And yet, the treasure might yet be exposed, freed up somehow, to shine its golden lustre in the ocean. Swim back there and see, for the rest have seen it. Will you go? You may be too afraid of the pain associated with it. You may be too uncomfortable with the disorder.

Chaos is one basic aspect of the universe. Chaos is not opposed to order, but order at a higher level of intelligibility. Earlier cultures could make no sense of weather patterns. They associated them with the favour or spite of the gods. From the satellite projections we see on the nightly news, they seems a whole lot more orderly, a whole lot less terrifying. As you move outward from the earth, the solar system with its millions of meteorites, comets, planets, from a certain perspective, they orbit the sun in an almost perfectly ordered system, such as to remind us of Dante’s sense of it all in the Divine Comedy, where he calls the God, “L’amor che move il sole e l’altre stele”, that is to say, “Love, that moves the sun and the other stars.” Unfortunately, today, we call it gravity, not love. Moving even further out, the stars that once appeared randomly arrayed in our night sky coalesce into a giant whirlpool we call the Milky Way Galaxy. It’s a very different sort of order that our ancestors imposed when they named the constellations. Some day in the future, a few thousand, or perhaps a few hundred thousand years from now, even those constellations will not be there, but the swirling mass of stars, the radial arms of our galaxy, will be still be there, shifted ever so slightly in their sempiternal existence from the perspective of half a million light years out. Now, move away even further, a billion, several billions light years out, and behold a sheet of galaxies, a pattern of light and darkness. Now, randomness has seemingly made its appearance once again. Why are they laid out like this? We do not know. They do not have the order out water pouring down a drain as does our single galaxy. But is this chaos purely and simply? Scientists are not prepared to leave it at that. There is an order, just one that has not yet unveiled itself – perhaps it never will. Nevertheless, there is order, because it exists, and it was made by God as a single existence.

Your single existence also has order, but it is not the perfect order that God enjoys as pure, perfect act. Yours is an ordered impermanence, and if we could watch your life in a screen from a vantage point a thousand light years out, and after a thousand thousand years had passed, we would be able to find similarities between it and other natural processes. Perhaps it would look like the tides of the ocean, swelling out towards the moon. Perhaps it would look like that of the single moth, drawing ever-closer to the porch light of God. Perhaps like the school of fish pulsating through fear and hunger towards the fisherman’s line. The life of some is a straight line, either to heaven or to hell. For many of us, it is much more dynamic. Pessimists see life as a tragic series of bad moves. Optimists can only see the inevitability of joy upon joy. The one undervalues the graces, the other fails to take seriously the stakes and the potency and wretchedness of evil. When we look at a newborn nearly every one of us sees something good, a focal point and a symbol of everything that is lovely, good, and meaningful in the world. We rarely look at the rest of humanity that way. But God does. That’s how He sees us. He never loses sight of the meaning, the purpose, the wonderful pattern exhibited in every life.

Change is good. We need to be stirred up to keep ourselves from clinging to the sediment that, though it is ugly, it is comfortably familiar. We are time-bound entities. We fail to be who we are meant to be when we try to hold on to a moment beyond its proper scope. We have an acquiring nature. We want to make a god out of everything that passes by. The only way to free ourselves from our own self-destructiveness is through obedience, charity and misfortunes.