Do Not Be Afraid of Holiness 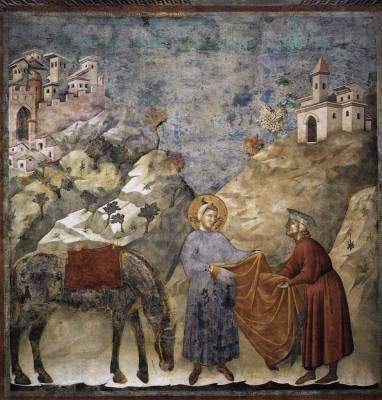 Pope Francis encourages us to aspire to holiness though God’s grace, in his most recent general audience. I couldn’t help but think of St. Francis giving a beggar his cloak as his hero, the noble and chivalrous St. Martin of Tours had done before him. When we are confused and muddled, the first step to finding a renewed spiritual direction is often to begin serving the poor. I think the Pope is trying to tell the Universal Church something very fundamental.

Here is a passage from Pope Francis’s audience yesterday.

“The Church is holy because it proceeds from God who is holy,” urged the Pope, “It is not holy by our merits; we are not able to make her holy. It is God, the Holy Spirit, who in his Love makes the Church holy.”

“This is not true! This is heresy!”

“The Church, which is holy, does not reject sinners,” he urged, but rather “welcomes them” and “calls everyone to be wrapped by mercy, tenderness and the forgiveness of the Father, which gives everyone the chance to meet him, to walk towards holiness.” 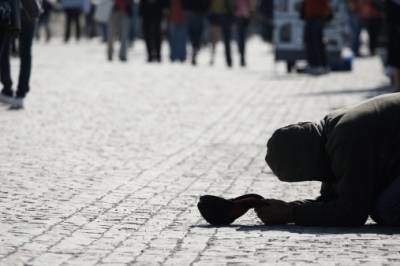 He went on to explain that God wants us to approach him with our sinfulness, asking the crowds if anyone among them had come without sin.

“No, none of us. We all carry our sins with us,” he noted, reflecting how God wants to offer forgiveness and transform our hearts. The Pope then stressed that the God we find within the Church is not “a ruthless judge,” but one like the father in the parable of the prodigal son, who is always waiting.

God, he said, wants us to be part of a Church “that knows how to open their arms to welcome everyone, which is the home not of a few, but the home of all, where everyone can be renewed, transformed, sanctified by his love,” including “the strongest and the weakest, the sinners, the indifferent, and those who feel discouraged and lost.”

“The Church offers to all the possibility to pursue the path of holiness, which is the way of the Christian,” said the Pope, went on to explain how one is able to encounter Jesus through the sacraments, most especially through the Eucharist and Confession.