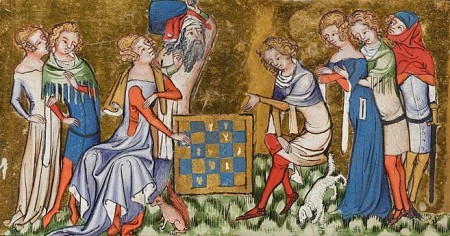 I am apt to say that these values are intrinsically Christian, but that might not be the case. I think Christianity makes being courteous easier and a no-brainer, but perhaps this is one of those virtues you don’t have to be Christian to practice. The Ancient Romans, to name just one instance, insisted on civic virtue. Unlike the Romans of the time of the Empire, the earliest Romans were all about the well-being of their community as a whole. They didn’t think primarily in terms of the individual. This is foreign in our thinking today and it was foreign to the thinking of the Empire. Today, we think primarily in terms of the rights of the individual.

However, Christians are less motivated to think about the good of their community—their neighbourhood, their city, their nation—than in times past. It’s hard to serve a community that brands you as a politically incorrect throw-back from a less refined time. It’s hard to love a community that shares few of your values. It used to be that everyone just took it for granted that the better the Christian you were the better the citizen you were. It is still true, but the media does not want you to think so. Christianity interferes with the ease of sin. Sin is what harms our society, but people who enjoy sin don’t want you to think that is does. Sinners want easy abortion, easy divorce and easy pornography.

They have convinced many that these things do no harm at all. But do you believe them?

Are people trustworthy with public property? What does littering say about you love of neighbor? Using loud and obnoxious language in public? Do you smile at people you pass on the street, and even say ‘hi’?

Here’s an experiment for you. Watch an old movie from the 1940s or 50s. What do you notice about the manners of the people, the accouterments at the hotels, trains, and restaurants depicted in these movies? What always strikes me when I watch these old films is that the environment is more people-friendly than we are used to today. Setting are more comfortable, the number of servers in restaurant and trains much higher, and, let us note most of all, etiquette and refinement of language far, far above what we experience today.

I have lived in big cities and in small towns. Manners, indeed, civic virtue as whole, is much more at home in the small town. Why? Because in a small town people simply cannot get away with treating others brusquely. You will inevitably encounter the same people time and time again in a small town. Technology and the anonymity of the big city give us the impression that we do not need other people. That is unfortunate.

I am not that old, but when I was a child it was utterly unthinkable that an employee in a store would use bad language. Today it is almost commonplace. These are clear cases of people not being aware of or caring about the sensibilities of others. Today we are taught that to consider the feelings of others robs you of something, that it is a sign of weakness or insecurity. For fear of shoplifting, more and more stores have signs that inform people that they cannot bring their bags into stores. Public parks chain down their picnic tables so that people do not steal them. Bathrooms are for paying customers only. Driving home a neighborhood child caught in a rainstorm is utterly unconscionable, almost a criminal offence.

But what if you did something about this state of affairs? Should you? I remember returning to a store the next day after having realized that the clerk did not charge me for an item I had brought home. She was really surprised I would do so. Do we have a sense of responsibility to the local library, hospital, and school? Likely not. What is a Christian supposed to do about this? Are these ours or are they the government’s?

Plato, Aristotle, and St. Thomas Aquinas all knew there was such a thing as too large of a community. There is a saying today: think globally, act locally. I say, no, think locally, act locally. Care enough about your community to make sure bad language does not go by unremarked, littering un-criticized, generally poor public behavior permitted. Get to know your neighbors, and insist on the best from your community.

This is a world now where people expect others to act selfishly. It costs something to do more than that. Doing more was probably what had originally converted the Ancient World to Christianity. Let’s do that again.

Ancient Christian did things for their neighbors that others would never do – like take care of the sick and the elderly who were not related to them. Remember, there are no Jews and Gentiles anymore, Christ has “destroyed the barrier, the dividing wall of hostility… His purpose was to create in himself one new humanity out of the two, thus making peace.” (Eph 2:14-15) This was a radical departure from the moral system that prevailed in the Ancient World, where one was supposed to love one’s friends and hate one’s enemies.

Christians have always been a social force for good. As a part of that tradition, we need to insist on courtesy. It is easy to get caught in the fray, seeing that the ‘fray’ is the cynical Marxist methodology, of victory at all cost. But we don’t need to win at all cost; we will win because it costs. It is easy to be sharp and biting with an opponent, rather than patient and kind. Winning an argument is not the same thing as winning.

Knights grew out of the courtly society of the Middle Ages. It was an interesting blend of the sacred and the profane. Profane doesn’t mean bad, it just means ‘from the world, not from the religion.’ Some good things arise in the world. There were some good aspects to be found in the courtly life of that era. Although far-fetched at times, courtly love was inspired to some extent by Christian teaching on chastity. And, the elaborate manners to which this kind of romance gave rise were meant to preserve the virtues at stake. Sure, there was lots of failure and folly, but, in the case of Dante, for instance, chastity and romantic love went hand-in-hand. The relationship between the courtly culture of Medieval knighthood and Christian morality is a case for manners. Manners are meant to protect the values at stake: chastity would be the big one here. The rituals of the knights and ladies were aimed at protecting what was so vulnerable and precious: chastity.

Thus, manners should not be considered antiquated. They are necessary to protect the integrity of sexual purity and of families: the honor due to fathers and mothers, for instance; and of the Church: the respect due to holy things and persons; and the state: the honor due to political leaders. All of these can be overdone, of course, but that does not mean that there are not things worth protecting in society, and that manners do not play a key role in protecting them.

The old-fashioned manners of the knight seem called for today. And there is something heroic in that. Sure, people criticize that ethic, claiming that it makes women look weak, but the fact is, everyone is weak and in need of others. To deny this is to live in fantasy-land. No one is self-sufficient. Women overwhelmingly vote to uphold and strengthen the welfare state because they feel vulnerable in today’s society. But the state is no substitute for tried-and-true morality lived out with good manners and a sense of civic responsibility.