Patron Saint of the Internet Prayer 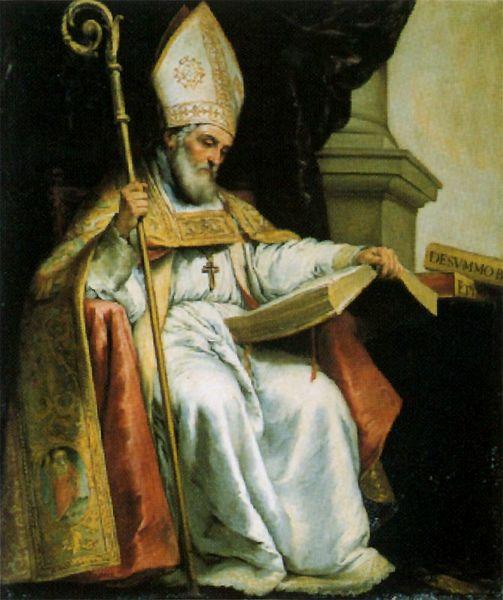 One of the benefits of living in the modern world is the internet. Log on, and instantly you are connected to the world in a way our ancestors never would have dreamed of.  But there’s a downside, too: Never before have so many temptations to impurity and other sins (gossip, criticism, etc.) been right at our fingertips! We should be very careful when online, and should pray for the help to avoid sin while we’re on the internet.

Another pitfall on the internet is wasting time. While we can learn valuable things and grow in our Faith through our use of the internet, we also can end up frittering away our time as we aimlessly go from website to website (even good, wholesome, valuable sites) when we could be spending that time praying, being with our family, or helping our neighbor.

Saint Isidore of Seville has been proposed as a patron saint of the internet. This Spanish saint (c. 560-636) worked tirelessly to remove the Arian heresy from Spain. Later he became a hermit, and still later an illustrious bishop.

St. Isidore’s two brothers, Leander and Fulgentius, and his sister, Florentina, are also saints. It is interesting to note that St. Leander, who died about the year 600, is responsible for introducing the Nicene Creed into the Mass.

“One of these brothers, St. Leander, was much older than Isidore and was placed in charge of his education. Leander was very intelligent and well educated, and this may have influenced his high expectations for his younger brother–for Leander was a very demanding schoolmaster. In fact, he was so strict that one day Isidore ran away. The youth took refuge in the woods, and, while resting, noticed a stone that was being worn down by water, one drop at a time. Isidore pondered this, and then the ‘lesson’ hit home: If he approached his studies in the same manner, he would succeed; it wasn’t necessary for him to learn or understand everything all at once, but merely to pro­ceed with persistence, step by step, learning a little bit at a time, until mastery of the subject finally came about. Isidore returned to his studies, and, with his new attitude and sense of determination, succeeded far beyond what he could have imagined” (“The Saints and Academic Difficulties”).

“Saint Isidore of Seville is perhaps best known for his prolific writing, which covered a wide variety of subjects, including the Church, law, theology, scripture, and literature.

“His Etymologies, which was an encyclopedia of all knowledge of the western world at that time, covered geography, animals, building, road-making, agriculture, ships, houses, languages, and even furniture. It was a highly esteemed work of reference and it was in print up until the Renaissance, for approximately 900 years.

“In fact, the Etymologies contains many fragments of classical writing that would have been completely lost if St. Isidore had not preserved them. Spanning 448 chapters and 20 volumes, the knowledge included in the Etymologies was considered everything a scholar could hope to learn in a lifetime–not surprisingly, it took St. Isidore 25 years to complete.

“This massive work preserved nearly all of the knowledge of Western Civilization up until that point in history for future generations, and it was considered the only necessary textbook during Medieval times. For this reason, even though St. Isidore lived in the 600s, he has been called ‘the Schoolmaster of the Middle Ages’” (“St. Isidore of Sevilla and Preserving Our Inheritance of Faith”). (Incidentally, the Etymologies is a reason St. Isidore is considered a patron saint of the internet!)

Fr. John Zuhlsdorf wrote the prayer below both in Latin and English. Below is the English version, which we can pray for guidance and help while we are on the internet.

Prayer before Logging on to the Internet

Almighty and eternal God, who has created us in thine image and bade us to seek after all that is good, true and beautiful, especially in the divine person of Thy only-begotten Son, Our Lord Jesus Christ, grant, we beseech Thee, that through the intercession of Saint Isidore, bishop and doctor, during our journeys through the Internet we will direct our hands and eyes only to that which is pleasing to Thee and treat with charity and patience all those souls whom we encounter. Through Christ our Lord. Amen.