This Storm of Evils 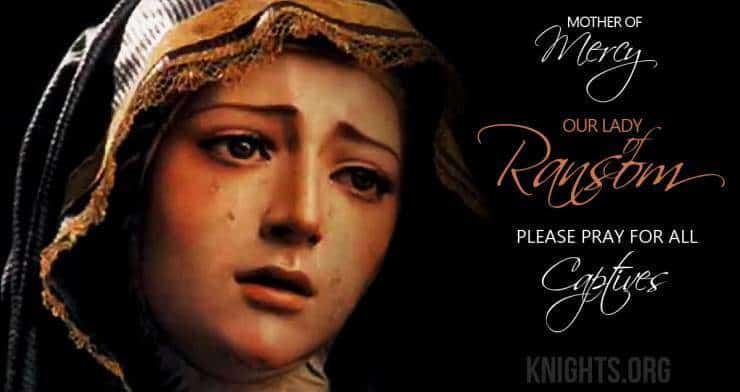 The story of Our Lady of Ransom is, at its outset, that of Saint Peter Nolasco, born in Languedoc about 1189. He conceived the idea of establishing a religious order for the redemption of captives seized by the Moors on the seas and in Spain itself; they were being cruelly tormented in their African prisons to make them deny their faith. On August 1, 1218 the Blessed Virgin appeared to Saint Peter, to his confessor, Raymund of Peñafort, and to King James I, and through these three servants of God established a work of the most perfect charity, the redemption of captives. Its members would undertake to deliver Christian captives and offer themselves, if necessary, as payment.

Word of the apparition soon spread over the entire kingdom, and on August 10 the king went to the cathedral for a Mass celebrated by the bishop of Barcelona during which Saint Raymund narrated his vision with admirable eloquence and fervor. The king besought the blessing of the bishop for the heaven-sent plan, and the bishop bestowed the habit on Saint Peter, who emitted the solemn vow to give himself as a hostage if necessary.

The Order, thus solemnly established in Spain, was approved by Gregory IX under the name of Our Lady of Mercy and spread rapidly. Eventually a feast day was instituted and observed on September 24, first in the religious order, then in Spain and France, and on February 22, 1696 Innocent XII extended it to the entire Church. To this day, the Mercedarians keep this day as a first class feast, with a vigil, privileged octave, and proper Office under the title: Solemnitas Descensionis B. Mariæ V. de Mercede. 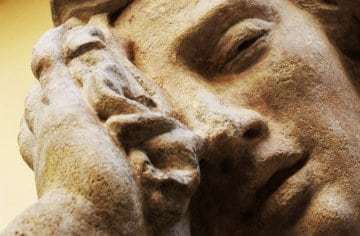 Our Lady of Ransom is the principal patron of Barcelona; the proper Office was extended to Barcelona (1868) and to all Spain (second class, 1883). Sicily, which had suffered so much from the Saracens, took up the old date of the feast (Sunday nearest to August 1) by permission of the Congregation of Rites of August 31, 1805. In England the devotion to Our Lady of Ransom was revived in modern times to obtain the rescue of England as Our Lady’s Dowry.

3. The world goes on its laborious way, proud of its riches, of its power, of its arms, of its genius; the Church goes onward along the course of ages with an even step, trusting in God only, to Whom, day and night, she lifts her eyes and her suppliant hands. Even though in her prudence she neglects not the human aid which Providence and the times afford her, not in these does she put her trust, which rests in prayer, in supplication, in the invocation of God. Thus it is that she renews her vital breath; the diligence of her prayer has caused her, in her aloofness from worldly things and in her continual union with the Divine will, to live the tranquil and peaceful life of Our very Lord Jesus Christ; being herself the image of Christ, whose happy and perpetual joy was hardly marred by the horror of the torments He endured for us.

4. This important doctrine of Christian wisdom has been ever believed and practiced by Christians worthy of the name. Their prayers rise to God eagerly and more frequently when the cunning and the violence of the perverse afflict the Church and her supreme Pastor. Of this the faithful of the Church in the East gave an example that should be offered to the imitation of posterity. Peter, Vicar of Jesus Christ, and first Pontiff of the Church, had been cast into prison, loaded with chains by the guilty Herod, and left for certain death. None could carry him help or snatch him from the peril. But there was the certain help that fervent prayer wins from God. The Church, as the sacred story tells us, made prayer without ceasing to God for him; and the greater was the fear of a misfortune, the greater was the fervor of all who prayed to God. After the granting of their desires, the miracle stood revealed, and Christians still celebrate with a joyous gratitude the marvel of the deliverance of Peter. Christ has given us a still more memorable instance, a Divine instance, so that the Church might be formed not upon his precepts only, but upon His example also. During His whole life He had given Himself to frequent and fervent prayer, and in the supreme hours in the Garden of Gethsemane, when His soul was filled with bitterness and sorrow unto death, He prayed to His Father and prayed repeatedly. It was not for Himself that He prayed thus, for He feared nothing and needed nothing, being God; He prayed for us, for His Church, whose prayers and future tears He already then accepted with joy, to give them back in mercies.

5. The design of this most dear mercy, realized by God in Mary and confirmed by the testament of Christ, was comprehended at the beginning, and accepted with the utmost joy by the Holy Apostles and the earliest believers. It was the counsel and teaching of the venerable Fathers of the Church. All the nations of the Christian age received it with one mind, and even when literature and tradition are silent there is a voice that breaks from every Christian breast and speaks with all eloquence. No other reason is needed than that of a Divine faith which, by a powerful and most pleasant impulse, persuades us towards Mary. Nothing is more natural, nothing more desirable than to seek a refuge in the protection and in the loyalty of her to whom we may confess our designs and our actions, our innocence and our repentance, our torments and our joys, our prayers and our desires-all our fears. All men, moreover, are filled with the hope and confidence that petitions which might be received with less favor from the lips of unworthy men, God will accept when they are recommended by the most Holy Mother, and will grant all favors.

6. This storm of evils, in the midst of which the Church struggles so strenuously, reveals to all her pious children the holy duty whereto they are bound to pray to God with insistence, and the manner in which they may give to their prayers the greater power. Faithful to the religious example of our fathers, let us have recourse to Mary, our holy Sovereign. Let us entreat, let us beseech, with one heart, Mary, the Mother of Jesus Christ, our Mother. “Show thyself to be a mother; cause our prayers to be accepted by Him Who, born for us, consented to be thy Son.” (Ex sacr. liturg.)