The Presence of God 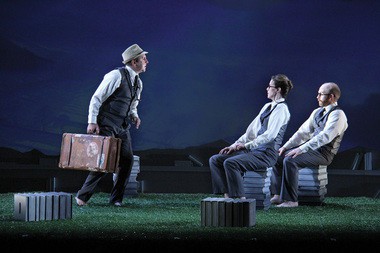 Yes, we are overly-attached to fiction. We are so immersed in TV, the movies, etc., that the real world sometimes seems unfamiliar to us. The real world is everything that actually happens in the world that is not on TV or inspired by things on TV. This second thing is more pervasive than you might think. I say that a whole generation of young people walking around with phones stuck to their heads, or in front of their faces as they text, dwell in an artificial word, that is to say, one created by fiction.

No one, not even the President of the USA, needs to be in contact with others that much. So what makes these young people think that they do need this? Fiction does. In this case, the fiction of TV, but most especially the fiction created by the makers of the phones themselves, especially Apple.

God doesn’t exist in their world, therefore it is a false world.

So, how did I come to associate this thought with Lewis, who was a thoroughly Christian writer? Well, I was reading his Great Divorce, and for some reason it occurred to me how basic the assumption is today that we actually live without feeling God’s presence. Whether we acknowledge Him or not He is there. I feel Him all the time, and can retrospectively verify that, whether I am conscious of His presence or not; all of this despite the fact that is in only at certain fixed times that I am actively trying to make myself more conscious of His presence. Are people so little self-aware that they do not know that He is there, or that when they feel at all, there He is? I think they are so little self-aware, but I also think it is a relatively easy enough job to help them to become conscious of Him. 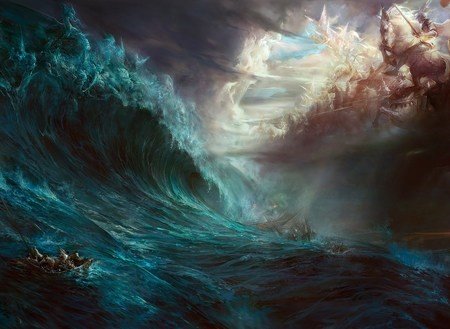 Fiction employs that basic geometric operation of shifting into someone else’s mind, as it were. Any writer, including Lewis, has to imagine what it is like to be someone else. The only type of writing not really burdened by this task is autobiography, that is, if, in fact, the author is striving for honesty. Whether the author is an historian, a science fiction writer, or any other kind of fiction writer, he needs to put himself into another character’s mind. For sake of artistic plausibility he needs to imagine a person with real depth, real feelings, real thoughts. Even if he is writing about aliens from another world he has to think about their basic drives, their conceptions, their ambitions, their feelings. But this is always abstractive: kind of like trying to make recognizable patterns out of coloured blocks. The only people that really exist are people who really exist, and the only one whose mind I can really know is my own – if that! And yet, the best authors out there are the ones who are able to convince us that their character is a possibly existing person, one they have dug up from somewhere, that they have discovered or created a real person. My favourite novelist, the 19th Century Russian writer, Leo Tolstoy, really seems to have been able to present the inner-working of the soul – his own and that of the people he imagined. Of course, a great artist is always a great observer, and so it would not surprise me to discover that he was a real student of anthropology, as it were. The great Renaissance artists, people like Leonardo and Michelangelo, were some of the first to really study the human form, including participating in the dissection of cadavers. Over the centuries it is the poets and novelists who really seemed to have a grabbed a-hold of the deeper truth of man. Even authors who missed the forest for the trees, compelling writers like Nietzsche and Freud, offered fascinating, intriguing impressions of mankind. Of course, these men notoriously offered up the parts they found as if they were the whole.

But every fiction writer does the same, doesn’t he? The greatest piece of the human soul missed by so many fiction writers today is that which pertains to its supernatural vocation. I would even be ready to admit that—my theistic commitments aside—that whatever it is (I call it God) that is missing from these fictional presentations, it makes for bad art. Now, again, to defend Lewis, I am talking about a section of The Great Divorce that is precisely about people that do not allow God in to their lives. In the case of Tolstoy, his greatest works were about people seeking to understand God, as the ‘Eternal Fact,’ as Lewis says later in The Great Divorce: this includes War and Peace and Anna Karenina, as well as so many of his shorter works. (The artistic merit of his later works declined, I would say, precisely in proportion to his shift from ‘wonder’ to his own brand of dogmatism.)

You see bad art whenever you see characters caught up in stupid things: as if man can actually be made happy in the pursuit and attaining of the things these fictions imagine for him. Take the most absurd example, advertisements. People whose lives are ‘explained’ by the acquisition of one specific thing, be that a new cleaning agent, a new type of microwavable meal, a new car or a new cellphone. Yes, this is the most extreme form of fictional distortion, but most fiction effects the same thing, more or less. One of the most unfortunate ways in which characters are explained is by ‘love.’ Of course, you see them ‘get’ the man or woman of their dreams, but you don’t see life after that. Why? Because these poor fiction writers haven’t the ability to portray the soul as it really is. It is not merely that they don’t know the soul (they all have souls, after all), they just don’t have the words for it; they don’t know the soul well enough. It’s as pitiful as a man who doesn’t know he is thirsty trying to solve his problems with foot ointment.

What man needs is meaning, a Father, an encounter with that thing that made him. Romantic love won’t do it, homosexuality won’t do it, winning the ‘big game’ won’t do it, getting into Harvard won’t do it, unlimited high-speed internet won’t do it, nor will the latest all-purpose cleanser. So why, then, do we find such hollow, unrealistic characters entertaining? Maybe it is because we have nothing better to choose from, and so have learned to keep our sights low and our imaginations desiccated. Or, perhaps it is because we cannot help but look to the simplicity of these fictional worlds with envy: we wish our problems were as simple as these ones. Despite their inaccuracy and the lack of artistry, these fictional worlds function as a pleasant moments of escape from the difficulties of our actual lives, our lives that are so seemingly chalk full of irresolvable difficulties.

Nevertheless, we are all aware of God. We all feel Him, whether we know it or not. It is fascinating to acknowledge that all the ancient writings I have read take for the granted not merely the existence of the divinity, but of His or their proximity. All men everywhere have always believed in God because all men everywhere have always felt His presence. We didn’t become theistic because we are afraid of nature. We became theistic because it was obvious to us. We became atheist when we stopped experiencing the actual world and began to dwell in a fictional one that didn’t have Him in it.

Now, back to The Great Divorce. There is a part in this work where Lewis basically asserts that the person who doesn’t believe in God, who isn’t aware of His imminence, must be intellectually dishonest or deluded. Although it seems cruel to say, he is right.

If I am correct about all of this, we must have a duty to hone our awareness of Him.