The Poems of the Lay Franciscan Brother, “Crazy Jim” 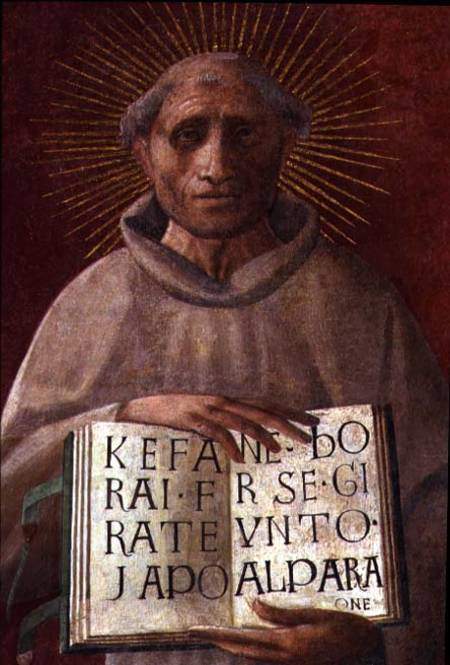 Some may call it crazy to try and speak to the soul. Yet few would chide poetry for its attempt to form a language that does just that.

One of the early founders of this mystical language of love, is Blessed “Crazy-Jim” of Todi, a Franciscan poet unafraid to be a fool for Christ.

From the Franciscan poet, and fool for Christ, comes a stream of precious and holy gems that help us see more clearly the heavenly realities.

“What happens to the drop of wine
That you pour into the sea?
Does it remain itself, unchanged?
It is as if it never existed.
So it is with the soul: Love drinks it in,
It is united with Truth,
Its old nature fades away,
It is no longer master of itself.

The soul wills and yet does not will:
Its will belongs to Another.
It has eyes only for this beauty;
It no longer seeks to possess, as was its won’t–
It lacks the strength to possess such sweetness.
The base of this highest of peaks
Is founded on nichil,
Shaped nothingness, made one with the Lord.” 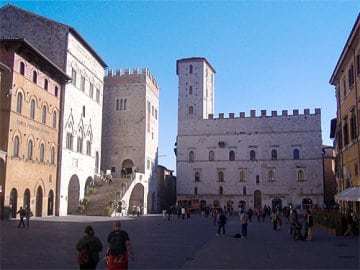 Jacomo was an Italian noble from the Benedetti family of Todi. A successful lawyer at Bologna he married the devote Vanna di Guidone in 1267, who considered Jacomo too worldly, and did penance for him. In 1268, Jacomo insisted she attend a public tournament and festival against her wishes; the stands in which she sat collapsed. Rushing to his dying wife, Jacopone loosened her rich dress to discover a hairshirt she was wearing beneath it. Shocked by Vanna’s death and struck by the evidence of her ascetic piety, Jacomo abandoned his law practice, giving his goods to the poor, and spent 10 years as a penitent hermit, dressed in rags, determined to live in absolute poverty joining the Third Order of Saint Francis.

His former associates called him Jacopone, Crazy Jim; he embraced the name.

After ten years of this penance and abuse, Jacomo tried to join the Franciscans; his reputation as Crazy Jim, Jacopone, preceded him, and he was refused. To prove his sanity and intentions, he wrote a beautiful poem about the vanities of the world; it swayed the Franciscans, and he joined the Order in 1278. He refused to be ordained and spent time writing popular hymns in the vernacular.451px-Todi037

Jacopone suddenly found himself a leader in a religious movement among the Franciscans. The Spirituals, as they were called, wanted a return to the strict poverty of Francis. They had the support of two cardinals and Pope Celestine V. The two cardinals, however, opposed Celestine’s successor, Boniface VIII, and due to the wrangling in the Vatican, Jacopone was excommunicated and imprisoned at age 68. Jacopone acknowledged his error, but was not released until Blessed Benedict XI became pope five years later. He accepted his imprisonment as penance. He spent his last three years giving himself to completely to spirituality, weeping “because Love is not loved,” and writing poems and hymns. 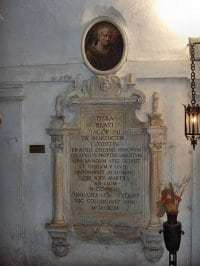 Jacopone’s lyrics, simple, vivid, emotional, and sometimes ardently mystical, were nearly all written in his native Umbrian dialect. His poetry enjoyed widespread popularity, evidenced by the many manuscripts of his songs that survive (often in other regional Italian dialects) in addition to seven early printed editions. His most admired poem in the vernacular is a lauda in dialogue form called “Donna del paradiso” (Lady of paradise). The poem, admired for its realism and emotion, depicts the torments of Christ (related to the Virgin Mary by a messenger), a lament spoken by the Virgin, and a final scene of farewell between Christ and Mary. But the most famous poem attributed to Jacopone (though without certainty) is the Latin sequence called the Stabat Mater dolorosa (“The Mother stood grieving”), a poem of 60 lines portraying the Virgin standing in sorrow at the foot of the cross. The poem became one of the most widespread and popular hymns in the medieval church and remains cherished today.

Thank you, Brother Crazy Jim, for your noble and humble love that put Christ first!

Purchase Blessed Jacopone’s Lauds — a series of poems praising love and the totals transformation of self through Christ. 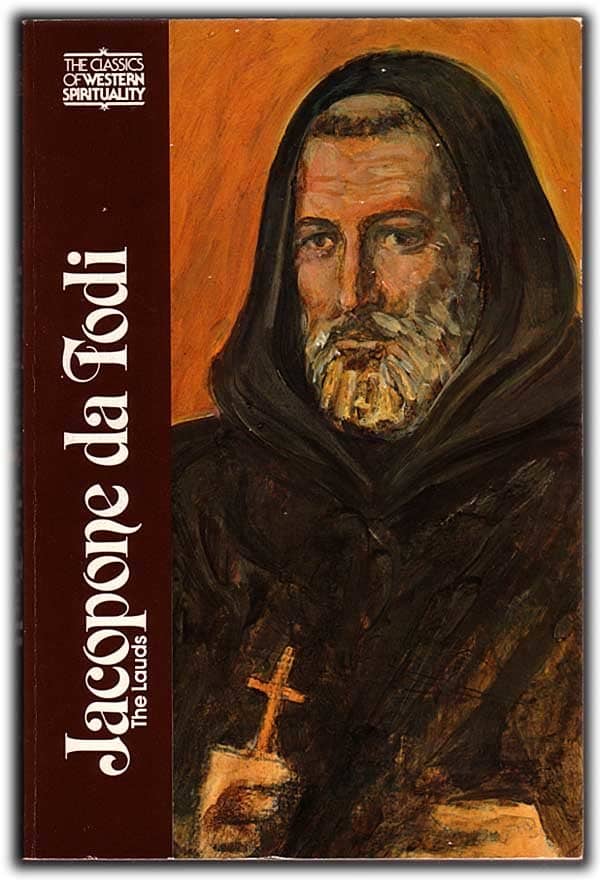 An excerpt from the Lauds | https://en.wikiquote.org/wiki/Jacopone_da_Todi

“O Love, divine Love, why do You lay siege to me?
In a frenzy of love for me, You find no rest.

From five sides You move against me,
Hearing, sight, taste, touch, and scent.
To come out is to be caught; I cannot hide from You.

If I come out through sight I see Love
Painted in every form and color,
Inviting me to come to You, to dwell in You.

If I leave through the door of hearing,
What I hear points only to You, Lord;
I cannot escape Love through this gage.

If I come out through taste, every flavor proclaims:
“Love, divine Love, hungering Love!
You have caught me on Your hook, for you want to reign in me.”

If I leave through the door of scent
I sense You in all creation; You have caught me
And wounded me through that fragrance.

If I come out through the sense of touch
I find Your lineaments in every creature;
To try to flee from You is madness.

Love, I flee from You, afraid to give You my heart:
I see that You make me one with You,
I cease to be me and can no longer find myself.

If I see evil in a man or defect or temptation,
You fuse me with him, and make me suffer;
O Love without limits, who is it You love?

It is You, O Crucified Christ,
Who take possession of me,
Drawing me out of the sea to the shore;

There I suffer to see Your wounded heart.
Why did You endure the pain?
So that I might be healed.”