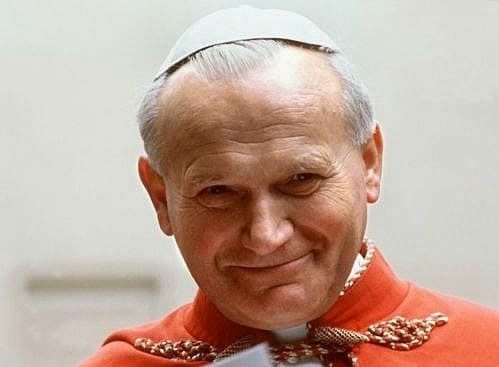 There is more to life than happiness. Actually, that depends on how you define happiness.

A hedonist is someone who identifies pleasure and purpose. There are a lot of versions of hedonism – as many as there are people willing to affirm that their kind of happiness is the point of life. Some identify it with sex, some food, some alcohol, some with their favourite sports team, others with their political cause. Many associate it with their own unique blend of these things. Of course, some pleasures are more admirable than others. There is something about classical music, poetry, and physics that make them more defensible as passions than some other things. Perhaps it is that the more intellectual a passion the more inclined we are to accept it as defining a life well-lived. Why are things like wrestling, pop music and junk food at once the things that writers are the most inclined to condemn and yet the ones that receive the most attention of the masses? Is it nothing other than their plebeian appeal that makes writers so ready to belittle them? Water is another all-time favourite of our kind, is there something wrong with water? This seems an awful lot like classism, but I think there is more to it than this.

There are fundamental differences, for example, between pornography and Shakespeare and between pop music and Mozart. In his essay, “Different Tastes in Literature,” C. S. Lewis hit upon some of these. Metaphysical grounds for considering these differences can be found in Aquinas’ distinction between higher pleasures and lower ones, the latter relating more closely merely to the body and its passions, the former to the intellect. This is not to say ‘more intellectual’ is just another way to say ‘better.’ Up until the rise of Existentialism, every philosopher—Christian and pagan—have agreed that reason is better than desire. This is far from saying that scientist, scholar and poet are simply synonyms of saint. Far from it.

The reason why people like Aquinas thought that things that were more intellectual were better was simply because they were more human. To say something is more human is to say it is more divine, because, as we all know, man is that one creature made in God’s image and likeness. But living the divine life is not exemplified in the contemplation of mathematical equations, although such activities qualify as human ones. Augustine said that thinking is our godliest activity, but he thought that a certain kind of thinking exemplified this best of all. Of course, he meant thinking about God in His triune nature, and he understood that this kind of thinking would terminate in something quite remarkable, in love. Here, thought brings about the very thing it contemplates: the Blessed Trinity itself, not only because thought makes it appear more clearly, but because the thought itself is Trinity-like. Here, so to speak, object and subject coalesce, become one. God is nothing other than thinking-thought, that exists, knows itself and loves itself. As our object, God is made present through our thought about Him, since He is, as we have said, nothing other than that which thinks and loves God. This is all a very long-winded way to say that the best thing we do is think in God’s loving manner.

We grant that man is not a random production of physical and chemical processes in the universe. Man has a definite nature, one intended by God. An intentionally-created thing is able to do the thing its maker intended for it, if it is well-made. And, if it is well-made, it draws its sense of purpose and contentment from being what it was made to be. A lion’s ‘happiness’ can never be found in doing non-lion things. That’s obvious. How, then, can we suppose that we can attain our happiness without reference to our created purpose? We are the only creature that can depart from God’s purpose, because, just like God, we have freewill.

We were given intellects—also bodies—but primarily we were made to know and love Him, and that is an intellectual power. But neither are our bodies incidental or irrelevant to our happiness. Nor were they given just to make love harder and therefore more meritorious, as if the spiritual life were a kind of Olympic event of over-coming. No, God gave us our bodies because He wanted a particular kind of love from us, that kind of which only we human beings are capable. To love God in the pleasure of the table and in the intimacy of the marital embrace, that is how He wants to be loved by us; of course, also in the incarnated type of pleasure we can get when we marvel at the intricacy of a mathematical formula, or in the design of a hydrogen atom or an ice crystal. Even in such matters we rejoice with our bodies.

Non-fulfilling types of pleasure are not real instances of happiness: like the kinds wherein the body pushes the intellect out, or when the mind presumes it is able to push out the body. The former type brings about short-term pleasures followed by long-term grief; the latter kind of disconnect—ignoring the body—ends in depression and apathy. Sometimes we might want to believe that one of these might suffice for us. Perhaps you are drawn to a married woman (and she to you) and you think that, yes, despite the fact that this is objectively wrong, you might still be able to find happiness in it. After all, are not there millions out there apparently happy, despite the objective disorder of their lives? Cannot just one more exception be made in your case? Might you not get away with bending the moral law just a bit, since you have otherwise asked for so little and given so much? The Pharisee did so much and yet failed in but one small thing: he thought better of himself than others. Yet it is a plain fact that he did not go away justified with his Lord. (Lk 18:14) The drunkard, the glutton, the sexual hedonist, perhaps all have little animosity in their hearts, and yet, we cannot call this true human living. It is not enough just to be free of malice.

So, the body despite the soul won’t work, but what about the soul despite the body? Orthodox theologians have always been careful to say that the soul is more important than the body, not that the body is of no importance at all. The body exercises a more or less pronounced role in our moral life. It is often the enemy, because most of us don’t really want to resist its tug, but this does not mean that it always is, or, in fact, that it really is at all. Calling the body the enemy is equivalent to calling one’s short or tall stature or blond or dark hair an enemy: it is you, despite it not being precisely what you would wish it to be. Every decision you make is made about you such as you are. “If today you would hear His voice, harden not your heart.” (Ps 95:7-8) If today, such as you are, you would find joy, consider yourself such as you are. If today you would live on the bread and water of a hermit, and yet find it hard enough to fast between lunch and supper, you are not living according to the reality of you. I am not saying that you will never be able to live such abstemiousness, but today you must contend with another reality very far different from that one. Nevertheless, the reality of you is every bit as important to God. Your decisions are as centrally placed in the great struggle for souls as those of the hermit. Everything can be lost and gained by each one. That capability is the dignity shared by every human being.

Happiness is the spiritual litmus test. It is especially informative in spiritual matters, at those moments when the soul overwhelms the body. It is a great ‘negative criteria.’ Unhappiness lets us know when we are in the wrong place much better than being happy lets us know when we are in the right one. Most serious philosophers have agreed with Aristotle’s axioms about philosophy and happiness: that we all desire happiness and that wisdom is about making us happy. His observations have been quite useful against those who would put the happiness of the body too high, but less effective in identifying the opposite, that is to say, when reason is being ‘unreasonable’ in ignoring the needs of the body. And yet Christians don’t necessarily trust this pagan philosopher’s picture of moderation. Aristotle wasn’t a saint, after all. But are there any limits we can accept, even while hearing that we should be “holy as the Lord Thy God is holy”? Simply there are no limits to the happiness that the Lord desires for us, but it is supposed to be a path of happiness to happiness, well, at least it is not supposed to be a path of self-inflicted misery to happiness.

We have all gone through hard times and will go through more of them, no doubt. This modern world is a very unhappy place. Depression and suicide soar because we are not living well. Man should only be unhappy when he is sick or hungry, not when he has everything he needs and more. For, as much as we have it in our power to do so, we must put ourselves in a place where we will be happy. Negative relationships, addictions, unhealthy career and family choices – these are the things that are killing our souls. But we should also be wary of exchanging one kind of unhappiness for another: one negative, unholy relationship for another. That is one common mistake we make. We change one girlfriend for another, one phone for another, one bad job for another.

In the end, we just have to trust that holiness will bring us happiness, and yet recognize that the happiness of holiness is found along a trail that is twisting and long, one sometimes difficult to stay on. When we find ourselves unhappy, we must realize that we have fallen off somehow and must trace our steps back, going back to basics, what we know and what we have come to trust: perhaps your rosary, your Bible, confession.