St. Joseph, Pray for Us! 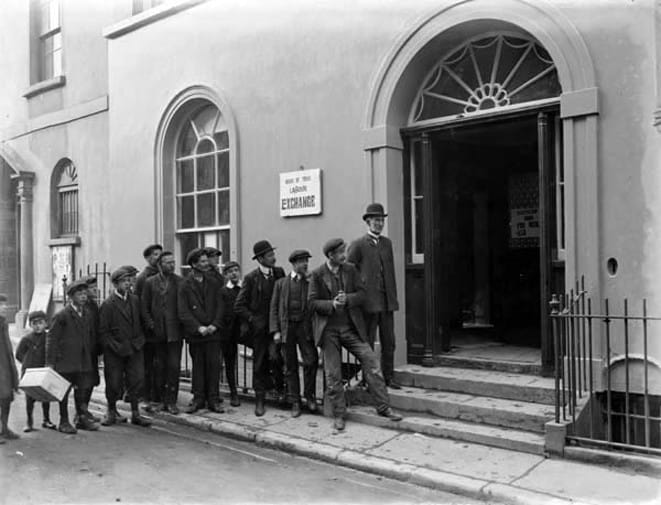 I am too much of a scholar to believe that I know very much about who St. Joseph was. Too much of one to be satisfied with many artists’ depictions of him. The same goes with Our Lord and Lady. But, as with Our Lord and Lady, even those pictures which do not appeal to us, it is true, nevertheless, that they appeal to someone. I strongly dislike feminized paintings of Jesus and St. Joseph. And yet I have painted myself enough to know that even ‘bad’ paintings are still the fruit of a lot of hard work. But I do not feel that paintings of ‘weaklings’ can do me much good. I am not saying that they can’t do anyone any good – particularly someone who has himself or herself suffered at the hands of manliness misconceived.

But I need to know that my guides in life—Jesus, who is my guide in everything, and St. Joseph who is my guide as a father and as a worker—were man enough to make more of a man of me.

Like most men, I am sure, I oscillate between extreme self-confidence and pathetic grovelling insecurity. When things are going well for me, huzzah! When they are not, was there ever a more pathetic creature than I? It may sound like there is a great deal of pride at work here, and there is, but there is more to it than this. I need to know that I am strong enough, smart enough, hardworking enough, and healthy enough to take care of my family. I know that someday I won’t be strong enough to do so. I hope that by that point, I won’t need to, because my children will be able to take care, not only of themselves, but of me too.

But when you are feeling ‘low’ no amount of success in the past seems to be able to prove to you that you will succeed in the future. “What if that was just dumb luck, what if I no longer have what it takes, what if I have burned all my bridges?” There are a million tricks that your mind (and the devil) can play on you. The fact is, we are not in control.

We are not in control. We are powerless. But that’s not very reassuring, is it?

I see a man, not necessarily endowed with endless natural talent. After all, carpenter doesn’t necessary imply master-craftsman. Nazareth was a bumpkin town full of losers (in the eyes of the world, anyway). And yet it was there that God chose his father. And this father was not known for much. He was not known for his accomplishments. He wrote nothing, he never attained high office – unlike his brother-in-law, Zachariah. His death was not even recorded. And yet, the Bible could not have been more effluent in his regard. And this, paradoxically, in the most inconspicuous manner. The Bible said so much about him by using so few words: He was a righteous man. (Mt. 1:19) This is high praise for the Bible. Of whom else has the Bible said this? Not many.

No one is good but God alone, said the foster child.

But the Word of God added, Joseph was a righteous man.

But the foster child is the Word of God.

No, I do not see a man of great talent, unlike his great Jewish contemporary, Philo, who was not only a great philosopher and theologian, but a wealthy and influential man, someone known to the Roman Emperors. Joseph was known by very few and nothing but the Bible carried him forth to posterity.

We know very little about St. Joseph. He worked for a living for very little money. He had the financial means to make but the meagrest offering at the Temple for Jesus at the Presentation. (see Lk 2:22-24 and Lev. 12:8) Where did the gold, frankincense and myrrh go? Either it was giving away in charity or preserved for his Son’s burial. Nor had Joseph been sickly, otherwise Jesus’ first miracle would have been to cure the one entrusted to Him. No, Joseph had been a strong man, hearty; a man of prayer, who listened assiduously to the Word of God. Nor was there ever grounds for complaint about the conduct of the Holy Family. Had there been, it would have been quickly seized upon by Jesus’ many enemies. Joseph knew how to live within his modest means. He never gave up. He worked until the end. Mary had not to be sent off to be cared for by others until after the Son’s death. Joseph had watched over the woman and the child entrusted to him, and when that task was over, he quietly departed to his ample reward. Did Joseph ever appear in the many tales Jesus told? No, he was too plain, too ordinary, too good to be newsworthy. We hear about builders, like the builder of the tower (Lk 12:13-21), but this is not St. Joseph, who never amassed any wealth able to fit into a tower. St. Joseph built things according to his own character: strong, functional and useful, not things made of lovely stones to be marvelled at. (See Mk 13:1-2) What did things mean? – that was how he raised the Son. The Son was the chief cornerstone – how many cornerstones had Jesus helped Joseph put in place over the years?

The world of St. Joseph was the world of Jesus’ parables – the world of builders, farmers and fishermen. And, it was possible to live in that world as a man of integrity, because Scripture tells us that St. Joseph was a righteous man. A righteous man could work to put enough on the table. His hands could be strong enough to do this for as long as it was required of him. He could ensure that his family was not lost to evil in a very evil world. He lived and lived justly the quiet life families are called to. (1 Thess 4:11)

A man should never feel shame in the face of the things which never filled Joseph with shame: poverty, hard work, going unrecognized, having to endure the shame of migration and all those other events that are not of one’s choosing.


Colin wrote this article for the Knights of the Holy Eucharist. He has been married to Anne-Marie since 1999, and they are proud to raise their six children, in a small town in Ontario, Canada. Colin has a PhD in Theology and works tirelessly to promote the Gospel. “Just share the Word,” is what he believes the Lord says to him – and so he does. He recently founded The Catholic Review of Books, a printed journal and website dedicated to “all things books” from the perspectives of faithful Catholics. He is fascinated by the concept of chivalry as it applies to being a man and a father in today’s crazy world.