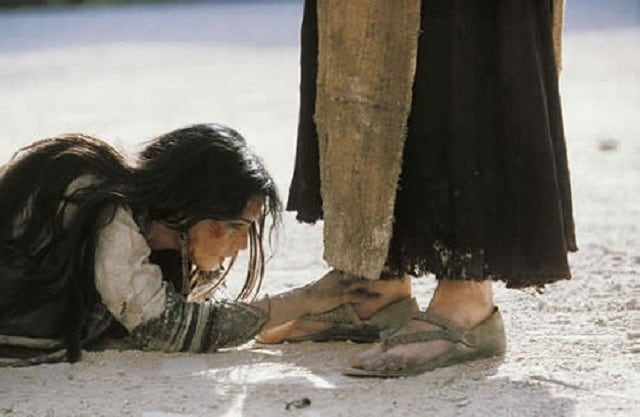 I had an interesting conversation the other day about the assertion “smoking is a mortal sin.” In sum, I told the person with whom I was speaking nothing is a mortal sin, but many things are grave matter. Sins don’t sin themselves; people sin sins.

But in having said this, my interlocutor was worried (I could tell) that what I was saying was tantamount to, if you don’t think it’s a sin, it’s not. That is one temptation in moral theology. The other is its opposite: sin admits of no variation, one sin is as bad as the other, circumstance, intention, and knowledge mean nothing. Which is worse? They are both pretty bad. And we don’t have to choose between them.

There is a reason why very few people are able to hear confessions. There is a reason why it is a carefully guarded prerogative of the Church – the pope and the bishops – to hand out to certain men – priests – and of them, to only certain ones. To canonically administer the sacrament of penance, one must be an ordained priest – and ordination requires rather extensive training – and one must have first received ‘faculties,’ that is to say, ‘permission,’ to do so from the ‘ordinary,’ i.e. the bishop where you are. Any priest can absolve in danger of death, but if you go to a priest who has not received his faculties to hear confessions where you are, that ‘absolution’ would be as fictitious as a marriage performed by a priest without faculties from the bishop of the place. Annulment? No problem, it wasn’t a marriage anyway. 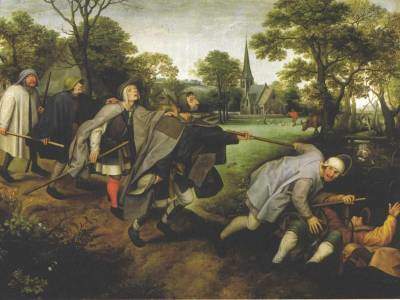 Why does the Church exercise such heavy-handedness when it comes to confession (not to mention marriage)? Shouldn’t confessors be easy to come by, the more the merrier? Because this is about the welfare of a soul. The wrong advice given, absolution wrongly withheld, and absolution wrongly given can lead souls in the wrong path very easily. This pertains not only the soul of the penitent, but to everyone connected to the penitent. To scandalize is to encourage one down the wrong path. This usually happens when the moral law is not taken seriously enough, but it can also happen when the moral law is incorrectly presented. If someone were to say that missing mass on Sunday is equivalent to genocide that would be scandalous. Scandal undermines the moral law. Statements such as this undermine the great commandment to love neighbour as yourself. People who say things like this not only undermine love of neighbour, they undermine the law of the Sabbath, because the natural response to an absurd law is contempt. If we present that law of the Sabbath in such a manner we encourage its derision. People unwittingly undermine the Catholic Faith all the time in this way, people who really think they are promoting it.

All of this being said, we can see now why we need to be careful about calling something a sin or not, especially when we introduce that inflammatory modifier, mortal. Language is key here. Sometimes careless preachers say things like “X is a sin,” or “Y is not a sin.” Some people take these things to mean that doing X can never be good and that doing Y can never be bad. Our language itself is part of the problem. We know the difference between murder and killing. Murder is a type of killing. All cats are mammals, not all mammals are cats. Murder implies something more than killing does. You might even say that in itself, killing is neutral, neither good nor bad. Murder, however, is always bad. Why? Because it implies an intention to kill, and a person who did not deserve to be killed. I kill insects whenever I go out for a walk. I have never murdered one. Abortion is murder; removing a cancerous tumour is not. I can kill someone in self-defence, but I cannot murder someone in self-defence (that is, if it was truly in self-defence as a measured response aimed solely at protecting myself or others).

Logicians say that something cannot be both true and false at the same time in the same way. For both of these statements to be true – “smoking is a mortal sin” and “smoking is not a mortal sin” – something else has to be taken into consideration. When I was a kid I remember a friend telling me that his catechism teacher told him that watching TV is a sin. I think that either the catechist needed to study more, or, what is more likely, my friend misunderstood what was said. Watching TV can be a sin, so too can smoking. I would hasten to add that it is also true that, in certain circumstances, both could qualify as mortal sins. Some acts qualify more easily as mortal sins than others.

For smoking to qualify as a mortal sin, we would have to know something about the person doing it and what exactly is being done. Chain-smoking constitutes grave harm to our health, and that is a moral offense if done deliberately. For me to start smoking, knowing full-well that smoking is both very unhealthy and addictive, would be at least a sin in and of itself. Whether it is a mortal sin or not we would have to plumb a little more deeply. Perhaps I am an asthmatic. Perhaps I have little money and people depending on me to take care of them both financially and physically? Perhaps I have no ‘reason’ to smoke, that is to say, I am in good mental health, not suffering from depression, schizophrenia, PTSD, etc. What if I didn’t know that smoking is actually harmful? It is possible to doubt many things, even things that others would say are rather obvious. The fact that gluttony is a sin (one of the seven deadly sins) does not mean that every obese person is in a state of mortal sin.

Sin is about people. It is about people moving further away from being who or what they are truly supposed to be, about hurting themselves and others. Serious sins seriously hurt people. But not only that, they are us making a very bad statement: I did not have to do this, I wanted to do this; I knew it was a very harmful thing to do, but I chose to do it despite knowing that God doesn’t want me to; I knew it would both hurt me and my neighbour, but I chose to do it anyway; I consciously chose it over God.

I would be very surprised if someone reading this actually never sinned mortally. It happens, but extremely rarely. I think many people get too caught up in terminology and thereby miss the point behind examining our sins. The important point is not ‘is it mortal or not;’ that’s a concern mainly for confessors to worry about. Our concerns should be, why do I do this bad thing? Perhaps you were ‘in a very bad space’ as they say. Perhaps you were sleep-deprived, under a great deal of stress from work, school, or home; perhaps you had intended something good to come from it; perhaps you failed to deal with a past hurt and so your response to something was just really beyond what was called for. But how does such introspection actually help us? For one, we can look a little deeper inside ourselves and see how we can prevent ourselves from getting into a situation where we would do something like this again. Perhaps you see now why you need to take better care of yourself – with enough sleep, healthy food, relaxation. Fasting that results in you snapping at everyone is actually sinful. Why are you so angry when situation X happens, or when you see this person or even this type of person? Have you even acknowledged that you have a lot of hurt and anger that you need to work through? Not examining the causes of our sins can mean that we are too proud to admit that we are really messed-up. That’s pride, the heart of all sin.

Stop being caught up in describing actions; start describing states of mind and heart. Seeing that someone did something bad is rather elementary; figuring out why they did it is a far more difficult and valuable thing, especially when it comes to knowing my own heart. I can exert the effort not to do a certain sin, today, tomorrow and the next day. But I will never truly be free of it until I figure out why it would ever attract me in the first place. Sin is the only horrible, ugly thing in the world. The fact that I can be attracted to it means that I really don’t know myself at all.