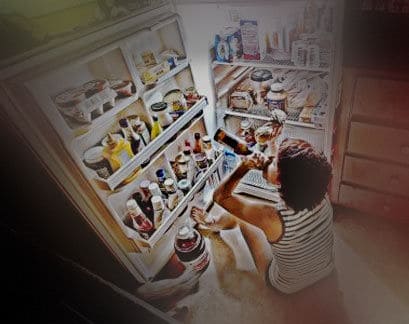 Temperance is essential to living a good life. And, regardless of what the world would pretend to be the case, it is also essential to any kind of happiness and community life. The excesses that are almost always a part of fictional heroes characters are meant for our admiration. But if you ever gave it much thought you would quickly realize that these characters hardly embody anything good. For as influential as these characters are, they do not represent any way to live, really; and, really, not even their biggest fans would actually want these people around them for long. But in 30 or in 60 minutes segments, once a week, we are fooled into believing that they have fastened on to the secret of the good life. The fact is, television writers are not very deep people, which doesn’t matter that much for their success because they aren’t writing for a very deep audience. But because of the paucity of their genius, the characters they offer to us are cookie-cutter clichés of excess, meant either humorously, in the case of sit-coms, or for our admiration, in the case of dramas. Apparently, temperance isn’t that interesting.

But no one would actually believe that one can engage in serial sexual encounters, partying, excessive use of alcohol, drug use, and still be a happy and functional person, would they? If you can ask this seemingly reasonable question, chances are you have not actually met that many people. People are directly influenced by what they see on television and the internet.

What about the supposed ‘winners’ portrayed on TV – the lawyers, doctors, businessmen, and police detectives who are nothing other than their careers? I have no doubt that these characters are as morally dis-edifying as the buffoons listed above. These characters show as little temperance as the hedonistic models of comedy. At least in the case of the comedies the expressed intent is laughter. There is a real problem today with people defining themselves by their jobs. Television has not played an insignificant role in this. It used to be the case that there were only a few people so defined by their jobs: the terms ‘dysfunction’ and ‘obsession’ were specially reserved for them by the moralists. I mean people like Napoleon, Caesar, Alexander the Great, Hitler, etc. Unlike these people, healthy people have rich, multi-faceted lives. They go on picnics with their families, they walk on the beach; the highlight of the day for people like this is watching the sun rise or set with a good cup of tea. We all know how the great saint of the 20th Century, John Paul II, liked to hike, ski, read and write poetry, etc., as well as pray, preach the Gospel, and celebrate the Holy Mysteries. What a great change would come about in this world if all the obsessed, single-minded people would just take a half an hour every day to read poetry, really read it and think about it. I mean all the single-issue people, from feminists and environmentalists to terrorists and, yes, ambitious politicians and businessmen.

Temperance means not too much of any one thing because too much is unhealthy spiritually, physically, emotionally and intellectually. As a grad student I read too much. That was the game. I did very well because I was made for this, more so, anyway, than many others. Yet, even for me there was a ‘too much.’ It’s hard to know when this is, but I have learned the hard way that vacations and weekends are a good thing and should not be dispensed with too readily. Repeated tasks can actually hurt your brain, believe it or not. And yet, unlike the sexually promiscuous person, I was not doing anything objectively disordered – I was reading, after all, reading books by and about St. Augustine of all things! And yet, too much water, too many vitamins, too much running: there can be too much in anything. Unlike a machine designed to drive rivets into car doors on an assembly line, I was not made for one type of action. I am a human being, a wonderfully complex and multi-functional entity. Genesis 3 (17-19) tells us that we were made to work, but it does not say that that was all we were made to do.

It takes a certain strength of character to be able to step away from the race to be the best. So many of us want to be the Napoleon of the battlefield, of the intellectual world, of the political, business, legal word. It is interesting that in his great work, Lives and Opinions of the Eminent Philosophers, the Third Century writer, Diogenes Laertes, never intimated that the greater the number of books a philosopher wrote, the greater a philosopher he was. He couldn’t: Socrates never wrote any at all, for instance. But isn’t this precisely what we do today, equate greatness with number: how many books has someone written, how much money have they made, how many awards have they won?

To Socrates, life, even the life of the philosopher, was much more than writing books, or doing one thing repeatedly. Even though Plato wrote many works of genius, he thought writing one of his least important functions. Human life was much more than any one function.

For You formed my inward parts;
You wove me in my mother’s womb.
I will give thanks to You, for I am fearfully and wonderfully made;
Wonderful are Your works,
And my soul knows it very well.
My frame was not hidden from You,
When I was made in secret,
And skillfully wrought in the depths of the earth;
Your eyes have seen my unformed substance
(Ps 139-13-16)

It is a great shame, indeed, sin, to reduce such a wonderful being to one task.

When I was really starting to learn about the Christian life, the life of holiness embodied by Christ and the saints, I encountered that concomitant of temperance called mortification. The stem ‘mort’ always refers to death, hence a mortgage is something paid off until it is dead, that is to say, reduced to zero. To mortify is to make dead, so to speak. The idea here is that with self-discipline and grace a passion can be nullified. If it is the appetite for food, fasting, eating simple foods and prayer are meant to ‘kill’ one’s excessive desire for food. If it is for sexual pleasure, fasting, prayer, perhaps cold showers and reduced sleep is meant to ‘kill’ lust. Of course, quite disheartening as it may be to the young person, these desires are not ever really killed. They can be put into a coma, though, and that is where they should be. When the Catholic Tradition talks about being ‘perfect,’ that is what is meant. It’s not really perfection, but this is as good as it gets in this life: and it is wonderful, powerful and liberating.

Desire is the kind of rash that is only inflamed when scratched. Catholic theology has always depended upon Aristotle’s notion of virtue and vice as habits. Aquinas said that habits are our pseudo-nature, characteristics of us that are hard—but not impossible—to change. I have heard that any habit can be changed after three weeks. I don’t really know whether this is true or not. But, if there is something that is holding you back from enjoying God more, why don’t you try giving it up for three weeks and see? It’s a good start. (That would be a good warm-up for Lent.)

Again, when I was a young man, three weeks seemed an impossible length of time for some things. Here and there I would pray a novena for a certain cause and while doing so felt it important to make a special sacrifice for it. I would often give up watching television, or eating desserts for those nine days. One of the most difficult things for a young man, of course, is chastity. But I don’t know anyone for whom nine days can’t be turned into three weeks, then into six weeks, then into forever. But once your new habit has been formed, remember, it’s not dead, it’s just in a coma. Don’t let it wake up.

Whether lust is your problem, or it is eating too much, working too much, being sharp-tongued, vanity, curiosity, or alcohol, excess is not your friend. In a way, excess indicates an unwholesome drive to become like God. We are trying to outstrip our nature in some way. It is a false imitation because God is great in every way and the intemperate person has unjustly concentrated too much attention on one aspect of himself.

And there are better and worse ways to mortify your senses and your pride. A bad way is something that gets rid of something for the time being but enables it to come back later with a vengeance! I remember one Lent being so abstemious but in such a way that during Easter Week I actually gorged on all my favorite foods that I have been without for forty days. I put on 8 pounds that week! The problem was this: I wasn’t offering my mind, heart and body to the Lord for His love out of a powerful awareness of the good that is mortification; evidently, this was all about flexing my will and accomplishing something for my own vanity. There is a great difference between doing something hard for sake of accomplishing something so that you can feel good about it and doing something as a loving gift for God, directed towards transforming yourself into someone who can love Him more. Going forty days without meat, or sweets, or beer, or what have you – why? To make you a stronger person, who isn’t led around by his passions – well, why? Because it feels good when you think about how strong you are? That does not really change you for the better. That is the type of thing that very well might recoil on you in the future. We must want nothing independently of God. That includes mortification. I would rather be addicted to cake and love God just a bit more than to disdain all sweets forever and love Him just a tiny bit less. The thing is, love for God comes first, and real mortification follows after it as a fruit.

This is the key thing, and I suspect that it takes years to do this right. Chances are, we’ll fail a million times before we start doing penances right.