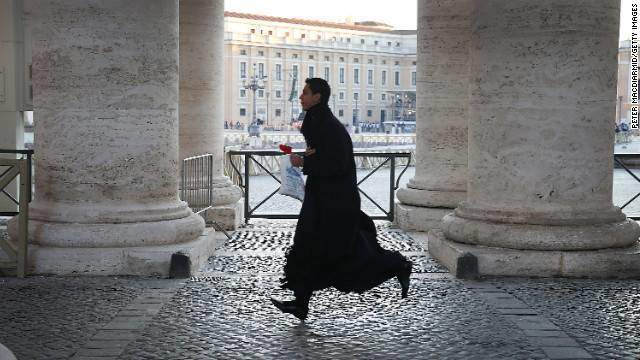 Pierre de Coubertin convinced Pope Pius X that “organized sport can create moral and social strength” and it was the Pope’s support that helped launch the modern Olympics in 1908.

Pope Pius X didn’t need much convincing. He had always been close to youth and knew intimately the importance of the role of physical activity and healthy competition in the formation of Christian personhood.

It was not until Coubertin fused the ideas of the competitive sport he witnessed in England with Catholic ethical principles, embodied in the Olympic motto “Citius, Altius, Fortius – Faster, Higher, Stronger” (formulated by the Dominican Henri Didon), that Olympism developed into the games we watch today.

In our age of self-absorbed “body culture” that tends to look at its own reflection in the pool of Narcissus, it is important to remember that it was the spiritual culture of the Gospel that gave rise to the authentic Olympic spirit.

This past August 2013, Pope Francis meeting with soccer players from Italy and Argentina gathered for an exhibition match in his honor, impressed on the athletes the echo of the same spirit — “the good you do makes an impression … you are a model, for good or ill, for so many people… Set an example of loyalty, respect, and selflessness.”

As Franciscan Knights dedicated to our selfless Savior in the Holy Eucharist we applaud all athletes who keep their gaze on the imperishable wreath ( 1 Cor 9:25) and give thanks to God for the chance to compete. It is a race where everyone can be an eternal winner.

May Mary, Mother of the Eucharist, the golden presence of true victory, be with all athletes of goodwill but especially with those who have recourse to thee.

1. I am pleased to take part in this international convention on the significant theme: “During the time of the Jubilee: the face and soul of sport”. Today I have the welcome opportunity to greet you, who in various capacities are the distinguished representatives of sport, as I wait to meet the entire world of sport, which will celebrate its Jubilee tomorrow at the Olympic Stadium.

I greet the organizers of this meeting, especially the President of the International Olympic Committee, Mr. Juan Antonio Samaranch, and the President of the Italian Olympic Committee, Mr. Giovanni Petrucci, and I extend my greeting to the various speakers and representatives of the varied dimensions of sport in the world. I thank, in particular, Archbishop Crescenzio Sepe, who expressed your common sentiments, while explaining the meaning of this meeting.

The theme that you chose for your reflection calls attention to the nature and aims of playing sports in our time, which is marked by a great variety of important social changes. Sport is certainly one of the prominent phenomena which, in a language understandable to all, can communicate very profound values. It can be a vehicle of high human and spiritual ideals when it is practiced with full respect for its rules, but it can also fail in its true aim when it leaves room for other interests that ignore the centrality of the human person.

2. The theme speaks of the “face” and “soul” of sport. Athletic activity, in fact, highlights not only man’s valuable physical abilities but also his intellectual and spiritual capacities. It is not just physical strength and muscular efficiency, but it also has a soul and must show its complete face. This is why a true athlete must not let himself be carried away by an obsession with physical perfection, or be enslaved by the rigid laws of production and consumption, or by purely utilitarian and hedonistic considerations.

The potential of sports makes it a significant vehicle for the overall development of the person and a very useful element in building more human society. A sense of brotherhood, generosity, honesty, and respect for one’s body – virtues that are undoubtedly essential for every good athlete – help to build a civil society where antagonism is replaced by healthy competition, where a meeting is preferred to conflict, and honest challenge to spiteful opposition. When understood in this way, sport is not an end, but a means; it can become a vehicle of civility and genuine recreation, encouraging people to put the best of themselves on the field and to avoid what might be dangerous or seriously harmful to themselves or to others.

My hope is that this Jubilee of Sport may be an occasion for everyone, dear leaders, managers, sports enthusiasts, and athletes, to find new creative and motivating zeal through sports that know-how, in a constructive spirit, to reconcile the complex demands made by the current cultural and social changes with the unchangeable requirements of the human being.

4. Allow me to make another comment. While it promotes physical fitness and strengthens character, sport must never distract those who practice and appreciate it from their spiritual duties.

It would be as though one ran, as St Paul writes, only “for a perishable wreath”, forgetting that Christians must never lose sight of “the imperishable one” (cf. 1 Cor 9:25). The spiritual dimension must be cultivated and harmonized with various recreational activities, which include sport.

The pace of modern society and of some competitive activities might sometimes cause Christians to forget the need to participate in the liturgical assembly on the Lord’s Day. But the need for just and well-deserved recreation must not detract from the duty of the faithful to sanctify holy days. On the contrary, on the Lord’s Day athletic activity must be put in a context of peaceful relaxation that encourages togetherness and the growth of communion, especially in the family.

I offer my best wishes for this meeting and, as I invoke the protection of Mary on you, I assure you of a remembrance in my prayer and gladly bless you.