Love of the Poor 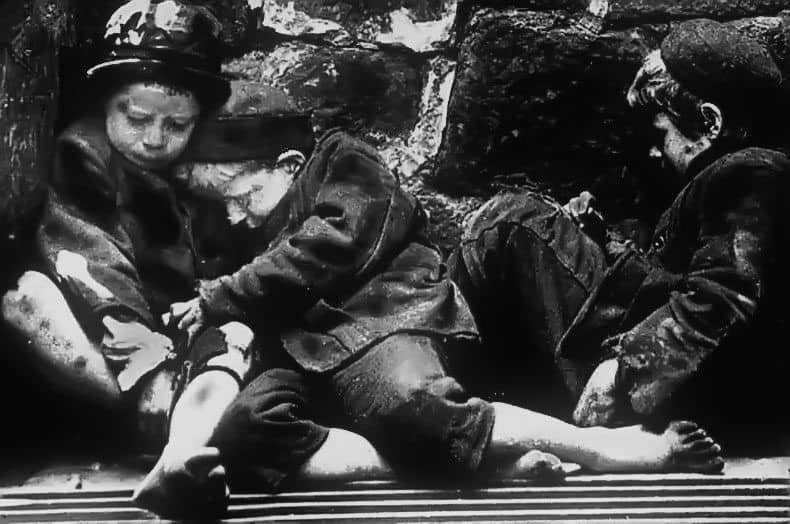 Something so straight-forward has been massively controversial since the late 18th century. In 1789 poor people (riled up and eventually overtaken by intellectuals from a completely different economic class) rose up in France against the established order of God and King. The French Revolution was as bloody as it was rife with symbolism for a new way of life, which has continued to haunt and influence contemporary conceptions of political life. It is said that in the world before 1789 people simply subscribed to the Dominical saying that “The poor will always be with you,” (John 12:8) and did nothing else about it. That is a fiction spread by the enemies of God and the King who have only become even more blinded and dogmatic in their critique of Christianity over the last two hundred years.

As the great historian of Roman Antiquity, Peter Brown, has shown in his recent magnificent study, Through the Eye of a Needle, the Christian view of poverty constituted a radical departure from the views of Pagan Antiquity. The primary ideological difference introduced by Christianity was not the one pointed to by anti-Christian polemicists, that religion creates a passive attitude toward social improvement. Rather, the primary difference lay in the fact that Christians considered every human being equal in the eyes of God. This is why slavery would eventually die out in Christian lands – and only in these.

And yet, poverty is not something that can be eradicated, pace the Marxists. The Marxists said that a class struggle would get rid of the kind of inequality that produced poverty. How wrong they were. You can’t get rid of poverty through a doctrine that undermines human dignity, as the case of China proves, which produced more death than anywhere else in the bloodiest century of human history, and, meanwhile, paradoxically, the second largest number of billionaires, second only to the United States.

The Christians had it right: the only way to make the lives of the poor better is by seeing everyone as they really are, as children of God. Rights and freedoms are, thus, non-negotiable. A human being can never be considered as a means to an end. We are all irreducible metaphysical entities. As such, no life can be interfered with to suit the purposes of inhuman agendas. We talk about nuclear war, meteorites, pandemics and environmental catastrophes as possible mechanisms whereby the extinction of humanity may be brought about. One other things, however, has come even closer to doing so. Pope Benedict once said something along the lines that humanity began when man first conceived of God. This means that the very conception that we are from Him and like Him makes us who we are. This hints at our basic nature as free and rational beings. It stands to reason that if we ever lose these things we cease to be human. Neither was Pope Benedict pulling this idea out of thin air. It was so very Biblical, obviously. Also, he was basing it on Augustine’s development of the ‘psychological analogy’ of the Blessed Trinity – that we can know what God is like as a Trinity of Persons through an examination of thought itself. 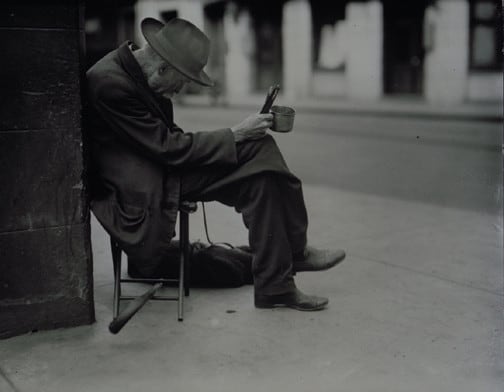 It is not only in the very horrible and yet probable picture of totalitarianism of George Orwell’s 1984 that such an end of man can be brought about. It also lies in the subtler and more pervasive ways in which we permit freedom of thought to be stripped away. It also occurs when we stop thinking. Especially when we stop thinking about God. Man was created when God said, “Let us make man in our own image and likeness,” and he continues to be when he thinks about what he is.

Everything that removes us from this essential human act deprives us of our goodness and our essential nature. These things are our most potent enemies. When it comes to the poor, we live humanly when we encounter the poor face-to-face insofar as we are human beings and insofar as they are human beings. I was reading a humorous article this morning where the writer was wondering why Christians have to go all the way over to Africa to live their faith when there is plenty of need in their own country. She concluded that it was vanity that drove them to do that. Maybe vanity underlies the work of some Christian missionaries. Nevertheless, the needs of every human being can concern us. I say ‘can’ because we should never view this as a numbers game. This poor person can be helped by you, so can that one, however, all of them cannot be. By trying to do too many things, you will not be able to do any. You will not be present to the one in front of you, and thus you will fulfill neither their humanity nor your own.

The Christians of the ancient world never tried to eradicate poverty from the world. That was beyond their means to even conceive of. Now we conceive of it because coming up close to a person in need horrifies us, thus we need to remove the spectacle from ourselves somehow for peace of mind. No, early Christians tried to help this poor person, and they did so in such a loving manner than more and more people wanted to be like them, and so the Church grew by leaps and bounds. But it is not the size of the Church that matters. It is the quality of the discipleship. Is it love? A poor person needs love because he, like the wealthy, is human. All over the world we see governments attempting to replace communities. They cannot, and so they fail repeatedly. Programs attempt to replace the care that only people coming together can bring about. Numbers have replaced individuals. Dropping crates of food from airplanes, shipping thousands and millions of condoms—or even something good like medicine—is meant to prolong life. But does it improve it? Another day of loneliness, meaninglessness, of huddling under an overpass or in a refugee camp, in a desert or garbage pile with no one to care for them, to really care for them – is that living? Poverty is not the chief evil in the world. It is a very popular idea today that if we just get rid of the poor, the lame, the diseased in utero, the world will be free from those evils. Abortionists target poor countries and neighbourhoods. They attempt to impose abortion, contraception, sterilization, job choices, and family choices on people whom they consider unworthy of bringing about the kind of life they consider the only kind of life that is worth living. If they ever really get their way—and they are getting close—would it be a world you would want to live in? It would be a world free (for a short time, anyway) of one kind of poverty, but it would be one far poorer than the one we have today.

A Christian, every Christian, helps one person in need at a time, or whatever number of people—is it six, is it eight, or ten?—that he can hold in his heart at one time. He helps to fulfill their dignity; he doesn’t feed them at the cost of it.