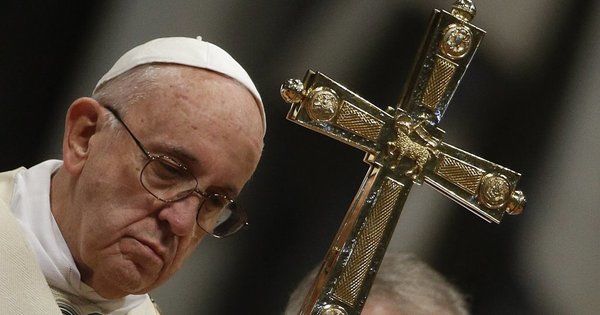 Long before the media got a-hold of and twisted Pope Francis’ “Who am I to judge?” statement people have been criticizing Christians for failing to follow Jesus’ words, “Judge not.” They judge us to be hypocrites for judging others.

“Do not judge, or you too will be judged. For in the same way you judge others, you will be judged, and with the measure you use, it will be measured to you. Why do you look at the speck of sawdust in your brother’s eye and pay no attention to the plank in your own eye?” (Mt. 7:1-3)

But if we are hypocrites then so too is Jesus when He tells us not to imitate the scribes and Pharisees. For, how will we know what not to imitate them in – they breathe, surely He does not that we should not breathe? – if we do not exercise some judgement?

“The teachers of the law and the Pharisees sit in Moses’ seat. So you must be careful to do everything they tell you. But do not do what they do, for they do not practice what they preach.” (Mt 23:2-3)

Not only is this judgmental – which He is allowed to do because He is God – but He is encouraging us to judge too! How else are we supposed to identify a hypocritical Pharisee without exercising some judgement?

It’s quite obvious that one word can have two or more different meanings. In fact, if you look up really simple words in the dictionary, they can have such complicated definitions. ‘Judgement’ might sound like a simple word, but it has at least two different meanings. Matthew 7 is about one of these. Our critics assume that words are univocal (have one, universal meaning). In Matthew 7, Jesus means don’t condemn people as evil, don’t pin negative interpretations on their motivations. He doesn’t mean there is no such thing as evil acts and evil people. People assume He is saying this have obviously never opened the New Testament and peered inside.

I am no Greek scholar, but I can read enough of it to see that Matthew 7 uses the words, krimate, krinete, etc. It’s noteworthy that we get the English words critique, critical, and criticism from this word. We know that there are two different senses of the word critical, being negative about someone, and carefully considering a matter. Writing a critical essay doesn’t mean spreading hatred about someone. In fact, it may result in you praising the topic under consideration.

In fact, being human means thinking. It means sizing things up. Augustine and Aquinas said that making judgments about right and wrong is the highest human act. Picking up from where Aquinas left off, the 20th Century Catholic theologian, Bernard Lonergan, said that God was not only ipsum intelligere (understanding itself), He was ipsum affirmare (judgement itself), since He is His own decision about what is good.

In that light, how likely is it that Jesus is telling us that we should not make decisions about right and wrong?

Of course, we need to be careful about this. God is, after all, not a whimsical thinker. We shouldn’t be either. While in the Books of Acts Peter tells us that we should judge (krinate) for ourselves what is right, (Acts 4:19) and Paul tells us the same thing in 1 Corinthians (11:13), Paul also tells us in the same letter that he doesn’t even judge (anakrino) himself! (1 Cor 4:3) He knows that there are limits to his knowledge and perceptiveness, so he is cautious, even with himself. After all, does not Jeremiah tell us that the most deceptive thing in the world is the human heart? (17:9)

This leads us to the final thought on the matter. We have to be really thoughtful (“as wise as serpents,” Jesus says (Mt 10:16) – wisdom is the virtue of the judge who sits in court) about what is good and what is bad, what kind of people to associate with, to let our children associate with, for whom to vote, who to let babysit, who to do your taxes for you… Lots of judgments about people that it would be irresponsible to take lightly. Nevertheless, as Deuteronomy reminds us, we are not God:

“It is mine to avenge; I will repay. In due time their foot will slip; their day of disaster is near and their doom rushes upon them.” (Dt. 32:35)

What kind of person are you and what kind of person will you become? Will you be lax about evil or will you strive in all things to be a person of great integrity? It’s not your place to be overly concerned with other people’s morality, but it is your place to be concerned about your own. Good and evil, these are the only things that really distinguish one person from another. Will you be able to tell one from the other? Will you develop a keen awareness of why bad is bad, or look see things with a kind of blurry vagueness? You need to learn why bad is bad and good is good. God is not arbitrary. You need to gain the ability to judge well.

Usually today, when people tell you not to judge, what they mean is don’t hamper me with your annoying morality. It’s ‘easy-going’ people like this who cause the most havoc. They are dangerously short-sighted and self-serving.