Prayers to Mary, the Immaculate Conception 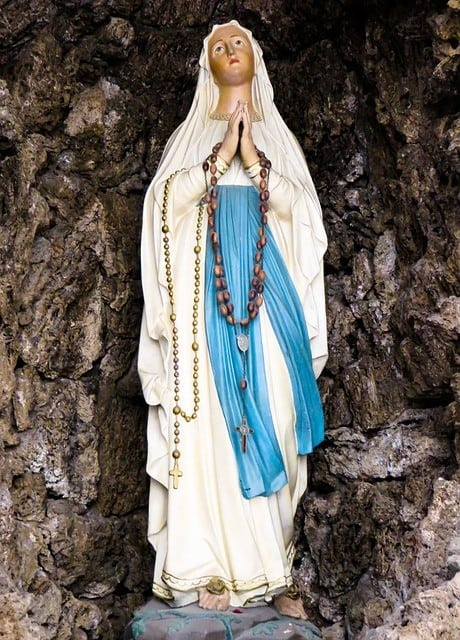 “The Blessed Virgin was preserved from original sin because it would not be consistent with the dignity of the Son of God to have His Mother, even for an instant, in the power of the devil and an enemy of God….

“The Blessed Virgin could be preserved from sin by her Divine Son before He was born as man, for He always existed as God and foresaw His own future merits and the dignity of His Mother. He therefore by His future merits provided for her privilege of exemption from original sin….

“The Immaculate Conception means the Blessed Virgin’s own exclusive privilege of coming into existence, through the merits of Jesus Christ, without the stain of original sin. It does not mean, therefore, her sinless life, perpetual virginity or the miraculous conception of Our Divine Lord by the power of the Holy Ghost” (Baltimore Catechism).

Evidence for the dogma of the Immaculate Conception of Our Lady, Queen of heaven and earth, is found in Scripture, such as in Luke 1:28: “And he came to her and said, “Hail, full of grace, the Lord is with you!”

Let’s examine what several of the saints had to say about the Immaculate Mother of God’s singular privilege:

“It is not to be believed that he, the Son of God, would be born of a Virgin, and take her flesh, were she in the slightest degree stained with original sin” (St. Bernadine of Siena).

“Mary was immaculate, and remote from all stain of sin” (St. Ephrem the Syrian).

“‘Man looks on the outward appearance, but the Lord looks on the heart’ (1 Samuel 16:7). And Mary’s heart was fully disposed to the fulfillment of the divine will. This is why the Blessed Virgin is the model of Christian expectation and hope… In her heart there is no shade of selfishness: she desires nothing for herself except God’s glory and human salvation. For her, the very privilege of being preserved from original sin is not a reason to boast, but one for total service to her Son’s redemptive mission” (Pope St. John Paul II).

Prayer to the Immaculate Conception

V. In thy conception, O Virgin, you were immaculate.
R. Pray for us to the Father, whose Son you did bring forth.

Let us pray. O God, who by the Immaculate Conception of the Blessed Virgin Mary,
did prepare a worthy dwelling place for Your Son, we beseech You that, as by the foreseen death of this, Your Son, You did preserve her from all stain, so too You would permit us, purified through her intercession, to come unto You. Through the same Lord Jesus Christ, Your Son, who lives and reigns with You in the unity of the Holy Spirit, God, world without end. Amen.

Prayer to Our Lady Immaculate

Most holy Virgin, who wast pleasing to the Lord and became His Mother, immaculate in body and spirit, in faith and in love, look kindly on the wretched who implore thy powerful patronage. The wicked serpent, against whom was hurled the first curse, continues fiercely to attack and ensnare the unhappy children of Eve.

Do thou, then, O Blessed Mother, our queen and advocate, who from the first instant of thy conception didst crush the head of the enemy, receive the prayers which, united with thee in our single heart, we implore thee to present at the throne of God, that we may never fall into the snares which are laid out for us, and may all arrive at the port of salvation; and, in so many dangers, may the Church and Christian society sing once again the hymn of deliverance and of victory and of peace. Amen.