From Adoration to Catholic Action 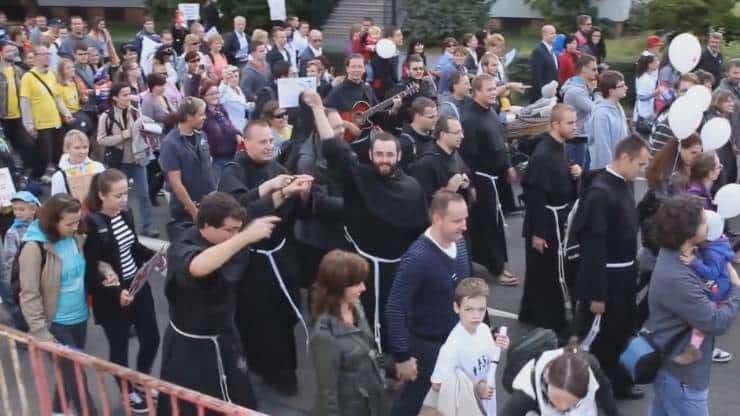 Something remarkable happened this quiet Sunday in a little country tucked away in central Europe. 80,000 people took to the streets in the city of Kosice, Slovakia, for the country’s first Pro Life March.

Kosice was chosen as Europe’s 2013 city of culture. And so with secular Europe expecting the typical historical re-enactments of some bygone moment of chivalry and some cute folk dancing, the Slovaks instead took their spotlight-moment to the streets flexing their Christian cultural muscles for the protection of life from conception unto natural death, for traditional marriage between a man and a woman, the right of parents as first educators of their children, and for the beauty of Christian culture. Wow!

The mobilization was the largest show of popular support of any issue since the Velvet Revolution of 1989 which threw off the shackles of Communism.

At the heart of this action was Eucharistic adoration, and Holy Mass concelebrated by 16 Slovak Catholic Bishops.

Here’s a great video of the event.

Note the dancing Franciscans in the crowd and of course the 500 meter long banner that had the entire encyclical “Evangelium Vitae” printed out. 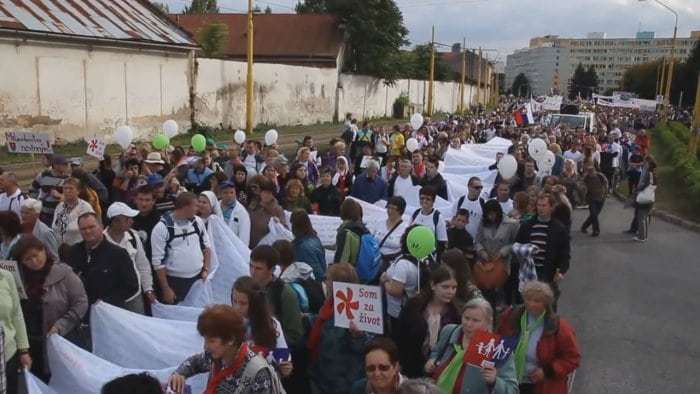 Among the largest cities of medieval Europe, Kosice is no stranger to sacrificial witness having seen a great role in the defense of Europe’s eastern gate from eastern Tatar invaders.

God bless the Slovak people and all those who are not afraid to stand up for the truth. 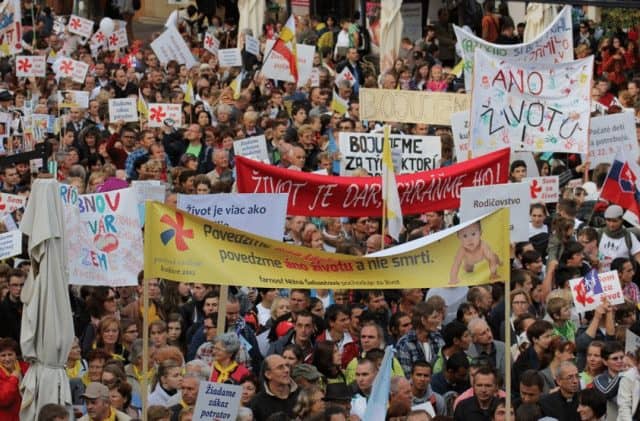