Act of Consecration to Mary 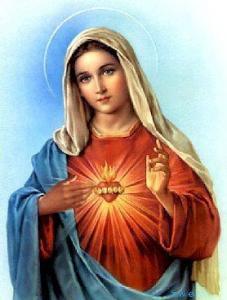 When we consecrate ourselves to the Blessed Virgin Mary, we entrust ourselves–all that we are and have–to her in order that she may lead us to her Son, Our Lord Jesus Christ. Consecration to Our Lady does not take away our freedom, but gives a special beauty to every aspect of our lives–all our actions, our works, our joys, our sufferings.

Consecration to Mary goes back to early times. St. Ephrem the Syrian, St. Ildephonsus of Toledo, and St. John Damascene all consecrated themselves to Our Lady and lived this consecration.

“No one will ever be the servant of the Son without serving the Mother” (St. Ildephonsus).

The prayer below is a short, simple prayer of consecration, but we’d also like to suggest the St. Louis de Montfort method of total consecration to Jesus through Mary. This involves 33 days of prayerful preparation for the consecration, which takes place on a Marian feast day, such as the Immaculate Conception (December 8).

Once a person has made his initial consecration, he is encouraged to renew it each year by going through the 33 preparation days again and then renewing his consecration on the same feast day of Our Lady on which he initially made it.

Pope John Paul II, one of the Church’s newer saints, was very devoted to Our Lady and a great promoter of Marian consecration. He had this to say: “At one point I began to question my devotion to Mary, believing that, if it became too great, it might end up compromising the supremacy of the worship owed to Christ.  At that time, I was greatly helped by a book by Saint Louis Marie Grignion de Montfort…

“There I found the answers to my questions, Yes, Mary does bring us closer to Christ; she does lead us to him, provided that we live her mystery in Christ… The author was an outstanding theologian.  His Mariological thought is rooted in the mystery of the Trinity and in the truth of the Incarnation of the Word of God…

“As is well known, [in] my episcopal coat of arms… the motto Totus Tuus is inspired by the teaching of St. Louis Marie Grignion de Montfort.  These two words express total belonging to Jesus through Mary: ‘Totus tuus ego sum, et omnia mea tua sunt’ (‘I am all Yours, and all that I have is Yours’)…

“This saint’s teaching has had a profound influence on the Marian devotion of many of the faithful and on my own life.”

Now let us learn from the wisdom of St. Louis de Monfort himself:

“It is through the most Blessed Virgin Mary that Jesus Christ came into the world, and it is also through her that He will reign in the world.”

“In these latter times Mary must shine forth more than ever in mercy, power, and grace; in mercy, to bring back and welcome lovingly the poor sinners and wanderers who are to be converted and return to the Catholic Church; in power, to combat the enemies of God who will rise up menacingly to seduce and crush by promises and threats all those who oppose them; finally, she must shine forth in grace to inspire and support the valiant soldiers and loyal servants of Jesus Christ who are fighting for His cause.”

“Mary must become as terrible as an army in battle array to the devil and his followers, especially in these latter times. For Satan, knowing that he has little time—even less now than ever—to destroy souls, intensifies his efforts and his onslaughts every day. He will not hesitate to stir up savage persecutions and set treacherous snares for Mary’s faithful servants and children whom he finds more difficult to overcome than others.”

St. Maximilian Mary Kolbe, a Polish Franciscan priest, had this to say about the importance of total consecration:

“Modern times are dominated by Satan and will be more so in the future. The conflict with hell cannot be engaged by men, even the most clever. The Immaculata alone has from God the promise of victory over Satan. However, assumed into Heaven, the Mother of God now requires our cooperation. She seeks souls who will consecrate themselves entirely to her, who will become in her hands effective instruments for the defeat of Satan and the spreading of God’s kingdom upon earth.”

Mary is the Mother of God because she gave birth to Jesus, who is both true God and true man. She loves us very much and wants us to be holy. She is humble and does not want to draw attention to herself; rather, she wants our attention focused on Jesus, the Way, the Truth, and the Life (cf. John 14:6).

Now let us pray this beautiful prayer to our Blessed Mother Mary and ask her to lead us to Jesus!

Act of Consecration to Mary

My Queen and my Mother, I give myself entirely to you; and to show my devotion to you, I consecrate to you this day my eyes, my ears, my mouth, my heart, my whole being without reserve. Wherefore, good Mother, as I am your own, keep me, guard me, as your property and possession. Amen.