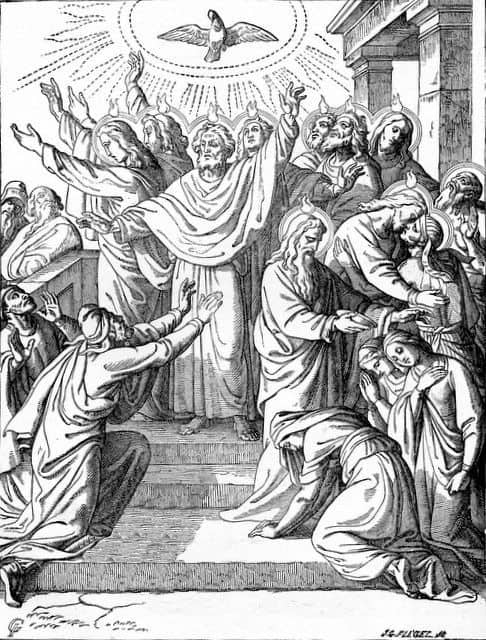 The word creed comes from the Latin word credo, which means “I believe.” When we pray a Catholic creed, we are professing belief in the truths which it puts forth.

The Catechism of the Catholic Church states: “Whoever says ‘I believe’ says ‘I pledge myself to what we believe.’ Communion in faith needs a common language of faith, normative for all and uniting all in the same confession of faith.

“From the beginning, the apostolic Church expressed and handed on her faith in brief formula normative for all. But already very early on, the Church also wanted to gather the essential elements of her faith into organic and articulated summaries, intended especially for candidates for Baptism….

“Such syntheses are called ‘professions of faith’ since they summarize the faith that Christians profess. They are called ‘creeds” on account of what is usually their first word in Latin: credo (‘I believe’). They are also called ‘symbols of faith.’

“The first ‘profession of faith’ is made during Baptism. The symbol of faith is first and foremost the baptismal creed. Since Baptism is given ‘in the name of the Father and of the Son and of the Holy Spirit’ (cf. Matthew 28:19), the truths of faith professed during Baptism are articulated in terms of their reference to the three persons of the Holy Trinity.

The Apostles’ Creed, which dates back to at least the 2nd century, is made up of 12 articles, or statements, of 12 fundamental doctrines of our Faith; it is a summary of apostolic teachings. It has been said that each of the 12 Apostles contributed one of the statements. We can’t verify this, “but it is certainly likely that it [the Apostles’ Creed] represents the apostolic tradition brought to Rome by Peter” (Colin Donovan, S.T.L.).

More from the Catechism of the Catholic Church about the Apostles’ Creed: “The Apostles’ Creed is so called because it is rightly considered to be a faithful summary of the apostles’ faith. It is the ancient baptismal symbol [profession of faith] of the Church of Rome. Its great authority arises from this fact: it is ‘the Creed of the Roman Church, the See of Peter, the first of the apostles, to which he brought the common faith’ (St. Ambrose)” (paragraph 194).

I believe in God, the Father Almighty, Creator of Heaven and earth; and in Jesus Christ, His only Son Our Lord, Who was conceived by the Holy Spirit, born of the Virgin Mary, suffered under Pontius Pilate, was crucified, died, and was buried. He descended into hell; the third day He rose again from the dead; He ascended into Heaven, and sits at the right hand of God, the Father almighty; from thence He shall come to judge the living and the dead. I believe in the Holy Spirit, the holy Catholic Church, the communion of saints, the forgiveness of sins, the resurrection of the body, and life everlasting. Amen.