The Rosary Every Day 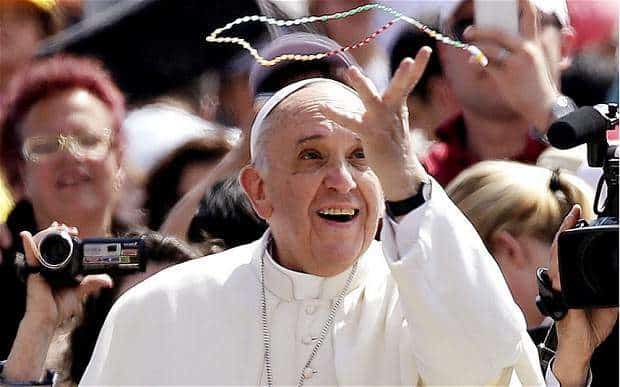 “If I remember well it was 1985. One evening I went to recite the Holy Rosary that was being led by the Holy Father [John Paul II]. He was in front of everybody, on his knees. The group was numerous; I saw the Holy Father from the back and, little by little, I got lost in prayer. I was not alone: I was praying in the middle of the people of God to which I and all those there belonged, led by our Pastor.

I felt that this man [John Paul II], chosen to lead the Church, was following a path up to his Mother in the sky, a path set out on from his childhood. And I became aware of the density of the words of the Mother of Guadalupe to Saint Juan Diego: ‘Don’t be afraid, am I not perhaps your mother?’ I understood the presence of Mary in the life of the Pope.

That testimony did not get forgotten in an instant. From that time on I recite the fifteen mysteries of the Rosary every day”–Pope Francis.

More recently, on the Solemnity of the Assumption, Pope Francis addressed 12,000 pilgrims outside of Castel Gandolfo:

Pope Francis joins the choir of our spiritual fathers who urge us to look more closely at this heavenly treasure which is the rosary.